Really... it's just dialogue.  No "review".  As the year is coming to a close, I am just sharing which shows I watched during 2020.  Mostly...during the time of quarantine.  Some, I was already a fan of.  Others, I watched for the first time.  These aren't in any specific order, but here's the roster:

I May Destroy You- Season 1 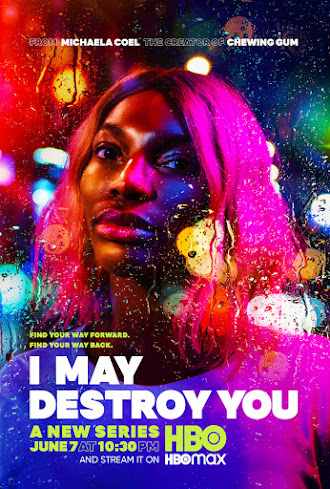 What led me to this series was the news circulating that the creator, Michaela Coel, turned down a $1Million offer she received from Netflix, to acquire ownership of the show.  Coel, also, starred in I May Destroy You.  Netflix would not allow Coel to retain any percentage of her copyright, therefore, she turned the deal down.  Michaela Coel saw the bigger picture.. HER WORTH..and stuck with it.  That takes courage, which I highly admired.  Back to the actual show though.  I had no idea what I was getting into, so I was extremely caught off guard at the grim place it turned out to be.  Even more caught off guard that it was based on a true experience from Michaela. It may be a trigger for some so proceed with caution.  It's GOOD though. 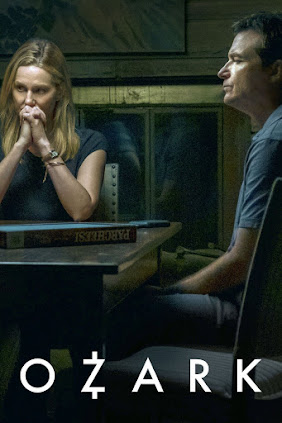 Season 3 took longer than expected to arrive, but I'd been waiting and was excited when it did.  It was 'ok' to me; for reasons I can't disclose to avoid giving spoilers.  I haven't revisited this season like I did the others.  I had many questions that I felt were loop holes, but maybe they will be answered in Season 4.  Even yet and still, Ozark is the shit. 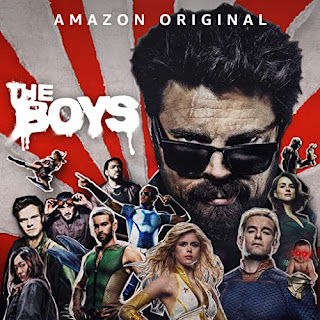 If you liked the movie 'Brightburn', this is for you.  A dark story of 'super heroes'. I was nervous that season 2 wasn't going to come out this year like they announced, but it came through!  Last season was good enough to have me waiting for another.  What I appreciated this season was there were less drawn out dialogue scenes and more action.  The Boys came back with a vengeance.  Homelander may still be my fav. lol 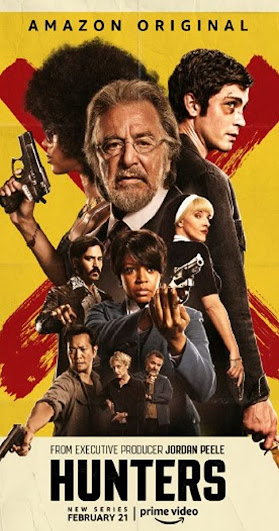 There was A LOT of unnecessary dialogue in these episodes.  My God.  If you enjoy that, you may be ok, but if not.. you may not make it past episode 2.  Jordan Peele is involved, so that should give you an idea of what I mean.  Once it hits though.. it hits... AND it has a double twist at the ending.  To ice the cake for me, I discovered a new song that I treasure. 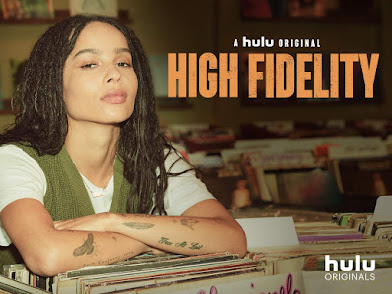 I really really really enjoyed this series, which was pleasantly surprising because rom coms aren't really my thing.  I found it relatable in many ways.  The aesthetics were great too.  Unfortunately, HULU decided to be bammas and not renew this for a 2nd season.  I hope another network picks it up.  It deserves a second chance. 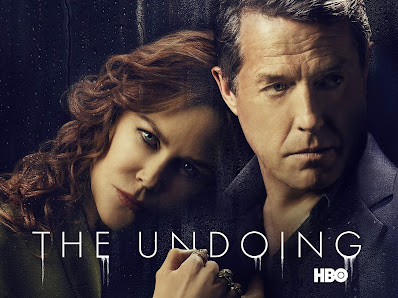 The Undoing is only listed because it was one of the things I watched.  I wasn't crazy about it.  In fact, to find out the person who did "Big Little Lies" made this also, made all the more sense.  It was almost an exact replica of that.  There was something said a little too much in the beginning that made it obvious what the ending would be.  "Big Little Lies" was great.  If they can get that all star cast together for a season 3.. I will be in tune. 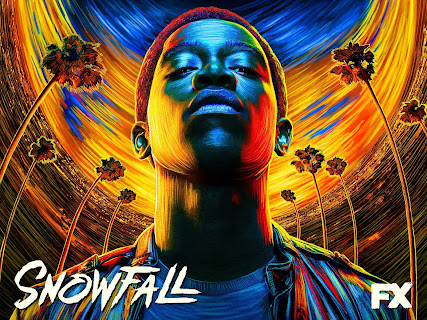 I watched season 3 live last year when it aired.  However, I just love this show SO much... i have watched it 249302840 times.  Give or take.  Even own season 3.  Covid ruined the season 4 drop this year, which is probably another reason I kept watching it, but they released a date: February 24, 2021.  I can NOT wait.  This is the best show on television right now.  The acting and story line is top. tier.  Debate ya mammy. 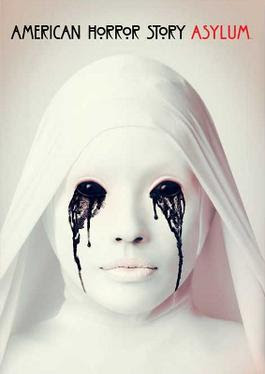 I've seen all the AHS seasons, but revisited this one during the month of October.  I'm still unsure where to rank Asylum, BUT it's definitely top 3.  Covid also ruined the season 10 drop for AHS this year.  A trailer was released at the beginning of the year, but it gave absolutely no clue of what to expect.  There is, also, word that season 10 may be the last season.  We'll see in 2021. 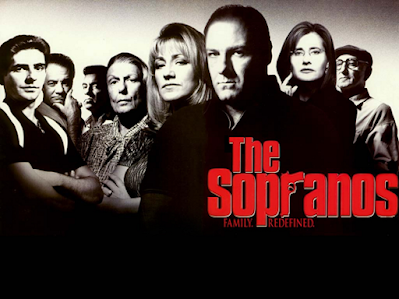 I remember how big of a deal this series finale was back in the day.  2020 brought me here.  I understand the hype.   Well deserved.  It has a lot of 'what happened to' parts, but one of my favorite shows "Cheers" also has that (every damn episode).  You grow attached to some of the characters.. some you hate... some you love.  If you enjoy mob stuff, this is definitely for you.  I will say .. I didn't think I could hate a son character more than I hated Tariq St. Patrick, but then I was introduced to AJ Soprano.  SMMFH.  Thee absolute WORST. 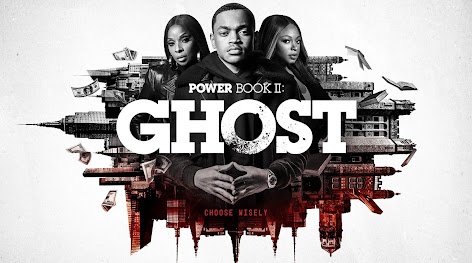 I was hoodwinked and duped.  Last year, they really gave us a whole sneak clip of Ghost and Tommy as children and how they met Angela etc etc.  One would rightfully think that THIS would pick up from that.  WRONG.  I have NO idea why it's called Book of Ghost.  It is about Tariq -_-.  I can honestly say, this reminds me very much of Season 6 of Power.  I was annoyed every damn episode but continued to watch lol.  Episode 9 HIT though.  Hopefully, the season finale is just as good.  Then it'll be redeemed.

This is a show that I've gone overboard with like Snowfall over the last few years.  The Gallagher family feels like my family in another universe.  Speaking of feels, you can FEEL the loss of Fiona leaving the show and myself and many others missed her dearly.  This is the last season to the series.  It may go out with a bang on the last episode.  I'll probably be crying either way smh. 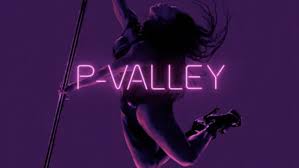 "That little bih she the truth... she prolly a Libra"- Lil Murda.  My favorite part from P-Valley.  Lil Murda and Uncle Clifford were class acts to me.  Think of Players' Club, but in a television series format. 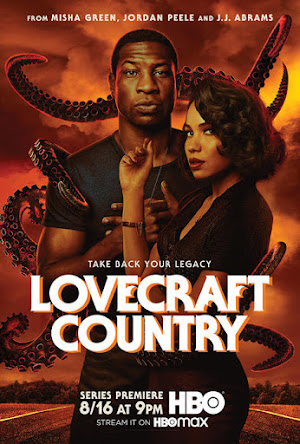 I had no idea what I was watching the first couple episodes and couldn't explain it lol.  The aesthetics and writing is what kept me.  All in all, I thought this turned out to be great.  Empowering in underlying ways.  However, I don't think there is any need for a season 2.  If it happens though, i'll be watching lol. 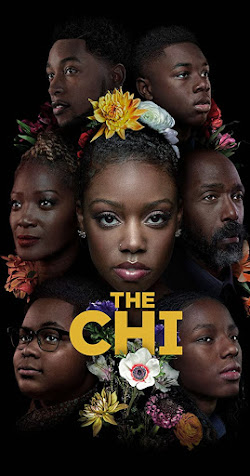 I'm not even gonna hold you.  The Chi is ridiculous lol.  The storylines make no sense half of the time and/or are drug out unnecessarily.  This season alone was unbelievable.. like c'mon man.  So unbelievable that it unintentionally became comical.  I've grown attached to some of the characters so I'm still here, but I reallllly hope they get their act together.  No pun intended. 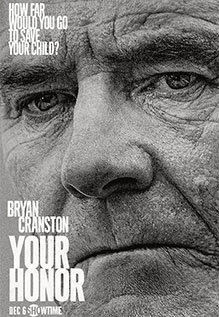 Episode 5 released early and it was straight flames!  The suspense is up there along with the aggravation you have each episode for Adam.  I appreciate the honest line they walk when addressing the racial divide.  If you have Showtime, this is most certainly one to check out. 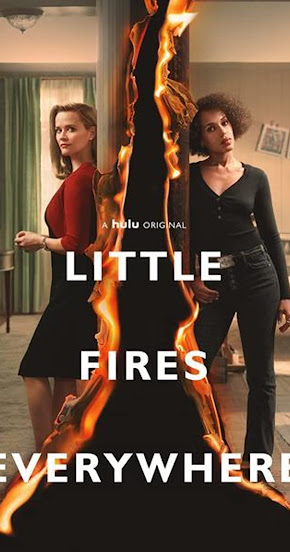 I wish this got the recognition it deserved.  The story line was very much in touch with today's world.  They did an excellent job on character development, without dragging it out unnecessarily.  All of the different dynamics and how/why they came together was executed seamlessly.  I really hope they make a season 2. 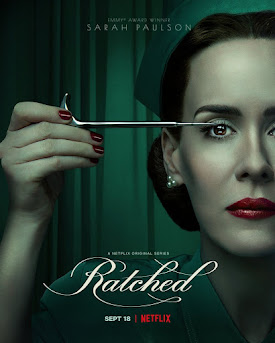 I have mixed feelings about Ratched.  I liked it, but hated the ending.  It reminded me of an AHS season, which wasn't too far fetched since Ryan Murphy created this also.  On another note, the color aesthetics are absolutely beautiful. 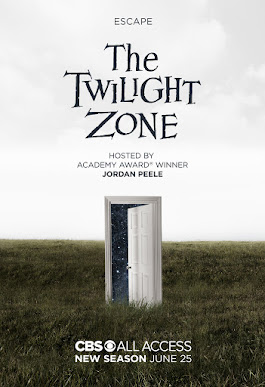 The original Twilight Zone series is one of my absolute faves... ever.  That's the only reason I returned to this when Season 2 came out.  Much better execution.  The episodes were shorter with less useless dialogue and more of sticking to the point, compared to Season 1. 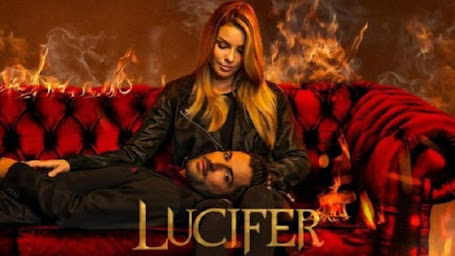 Each season, I feel bad for watching this.. for liking this.  For liking it so much, I was a little upset when it was originally cancelled by Fox.  The Lord knows my heart though.  The new home on Netflix is better and the ending of the mid season finale for season 5 was crazy.  I'm ready for the rest of the episodes. 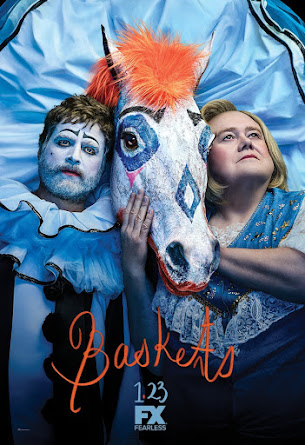 If you enjoyed 'Alan' in The Hangover movies, you will enjoy this.  The level of dry humor had me cracking up.  Louis as the mom alone was insane lol. I still have two seasons left. 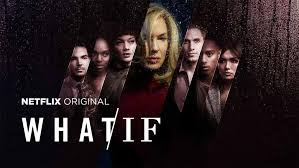 I stumbled across this randomly and was pleasantly surprised.  It's one of those thrillers with unexpected turns and twists, especially at the end. 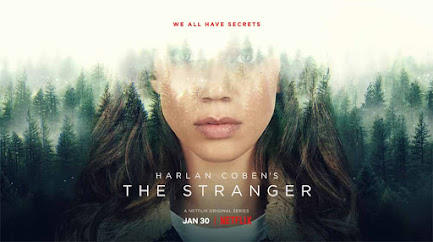 This drew me in from the trailer.  Basically, there is someone who calls people and tells them a DEEP (true) secret about their partner.  What they do from there is on them.  All I could think was "how do they know!?" "what if this could really happen?"  Pressed play and it was worth it to see through til the end.

If you watched any of these, feel free to comment your thoughts below or any shows you recommend.  2021 seems to have a much better lineup so that's something to look forward to.