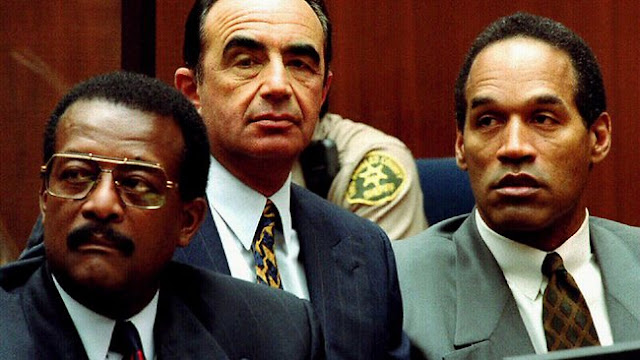 For the past several weeks on Tuesday night(s), millions of viewers and myself are tuned into FX's 'American Crime Story : The People v. O.J. Simpson' completely engrossed.  The series revisits the extremely publicized O.J. Simpson 1994/95 murder trial in the perspective of the legal teams, jury, media, public, and those associated with the trial or people involved.  It's too good.

I was 7/8 years old when this occurred in real life.  I didn't quite know the severity of it all.  I was too focused on playing outside and walking to Shipley for ice cream.  Being a kid as I should've.  However, I remember how much it was discussed via television and within adults I knew... including my mother who was talking about how most reacted in her office once the verdict was read.  Now that I'm older and have been watching this.. my outlook on it all has changed entirely.  I now have a personal opinion and understanding of what was going on exactly.

If the show isn't enough, according to Yahoo, the actual trial that aired over 20 years ago will resurface to TV on April 3rd via the Esquire Network in a span of 12 hours @ 9AM Eastern time.

Side Commentary- Aside from my fascination with all details of the show, I will also say that my heart goes out... I can imagine that it will be even tougher for Ron Goldman and Nicole Brown (R.I.P) friends and family to have their 'nightmare' thrown back into action... with this time it being the actual footage.
Posted by Dolcezza**Sw33t at 5:21 PM

Email ThisBlogThis!Share to TwitterShare to FacebookShare to Pinterest
Labels: Documentary