Intros that set the BAR (Part I) : The Album Edition 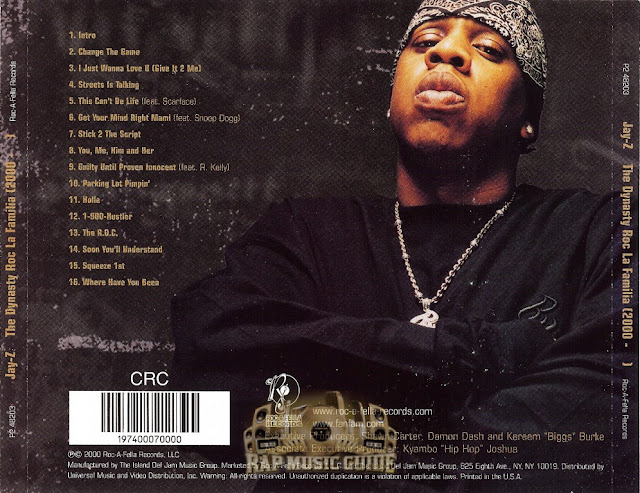 Intros are significant to an album.  Sometimes, it will make or break if you listen to it or just skim through it.  (Kudos to S.C.).  After a few random discussions of which ones fell into the 'best' category, I decided to share my views via blogpost; in no particular order btw...


Ashanti | Ashanti
Genius idea and one of the best intros I’ve ever heard (concept wise). If you haven’t heard it, this intro contains Ashanti’s previous collabs during the build up of her career- incorporated in an order leading up to the ‘feature presentation’.. her debut album.  The horror tune (can you guess what film?) hits while yelling out their signature line “It’s murdaaaaaaa”.  The perfect close out?  The sound bite from Free on 106 and Park announcing the #1 video of the day (..if you remember at that time.. the video was #1 for a while) which is ‘Foolish’.  After the explosion.. ‘Foolish’ comes in immediately.  Nice. Very nice.


The Dynasty : Roc La Familia | Jay-Z
Anytime a Just Blaze production discussion occurs…. This joint is ALWAYS mentioned… as it should be.  Unfortunately, I couldn’t find the regular version on YouTube soooo… here’s a compromise of the live version on Tidal and the instrumental.  I was bummed about that because the lyrics are often overshadowed from the mesmerizing beat.  These will do though.  I’m sure the picture is achieved.
Food for thought- you do the dishes.


Yeeeah Baby | Big Pun
In a mad scientist effort, in an instant you’re intrigued.  Not only is the intro entertaining (“Michael Jackson…. Because he has money!!”), but you’re now interested in who is being poured in the pot to create ‘The Punisher’.  To solidify this… I believe a perfect description was said ::
The heart of an Indian
The strength of a Black man
And the pride.. of a Spaniard!
True ish.  R.I.P. Pun.


Get Rich or Die Trying | 50 Cent
No words. Just the sound of 50 cent coins dropping, a gun cocking, and one of the hardest hip hop songs ever. What up gangsta???  This set the tone for the album.. and nothing short of it.


Room 112 | 112
Ok ok.. so not necessarily the actual intro.. BUT we can consider the interlude after to be a part of that right??  Right.  Although, Stevie J provides unintentional comedy on VH1 reality shows nowadays, he was in his prime during this time. He killed it with this one and 112 iced the cake.  Pause.


Killa Season | Cam’ron
Cam went in.  This intro is just too cold.  Might just be top 5 of all time.


I decided to break these into segments. Stay tuned. It’s more to come…
This is just the introduction #NoPunIntended.
Posted by Dolcezza**Sw33t at 7:21 PM