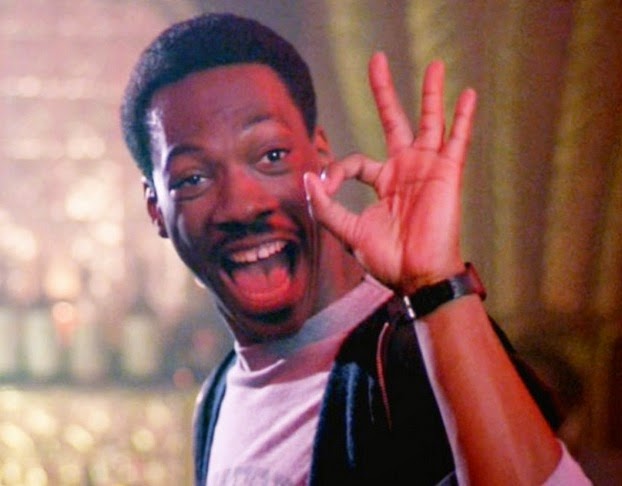 Eddie turns 54 today.  I normally don't post many of these, BUT I was in dire need of a laugh today... and this guy has provided several of them.  To commemorate his birthday (and my need for a laugh), I decided to post my favorite skits of his from SNL.  Unfortunately, all of them weren't available on YouTube like Gumby or 'White like Me' when he's a white man for a day or even the James Brown skit that my cousin Kim used to sing over and over when we were younger.  Speaking of childhood... she had a tape of the SNL skits and we watched them more than enough.  It's even funnier as an adult.  Take a glimpse...#FlashbackFriday


To this day... my brother breaks out with this entire skit impression randomly... and kills it.
I laugh before I even press play

This is when I found Eddie can 'sangggg' AND he does a great Stevie impression.  Two greats.


Saw this at my aunt house while she was babysitting me and when my mom picked me up from the house.. I walked around the apt. the entire time saying 'You are blind as a bat and i have sight' lol.  That's still my fav part.

I think my top 3 Eddie films are : Boomerang, Beverly Hills Cop, and Trading Places/Coming to America as a tie.  I should pose this question to my bro and cousin(s) later.
Eddie doesn't get as much credit as he deserves.  I mean c'mon he executed a classic scene of an entire family where he played 95% of the characters (Nutty Professor)... and didn't receive one award.   He's done so much, man.   A living legend.  Happy Birthday to you :).

Previous Eddie Murphy posts
Posted by Dolcezza**Sw33t at 10:33 AM