More than a Hobby:: Lil Wayne shows of his Skateboarding skills with Torey Pudwill 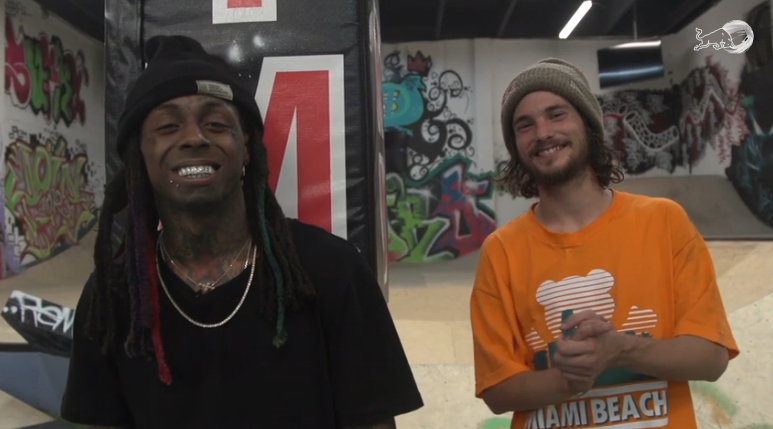 When Wayne started with the 'skateboard' wave, we all thought (admit it) he was just going with the latest trend.  To many of our surprise, years later.. he's still rolling.  Sweet.  He's actually good!  I think it's tight he's able to balance out his passion for two different worlds- Rapping and Skateboarding without lacking either.
Professional street skater Torey Pudwill (Grizzly) met up with Wayne at his private skate park in Miami for a quick assembly.  Both of them humbled and excited about the link up- as they are fans of each other- made for a notable session.  Redbull was there to capture it all.
Watch them both show off their skills something slight, all the while embracing each other, in the vid below::