Spruce up the Office! :: Superhero Mural made of 8,024 Sticky Notes 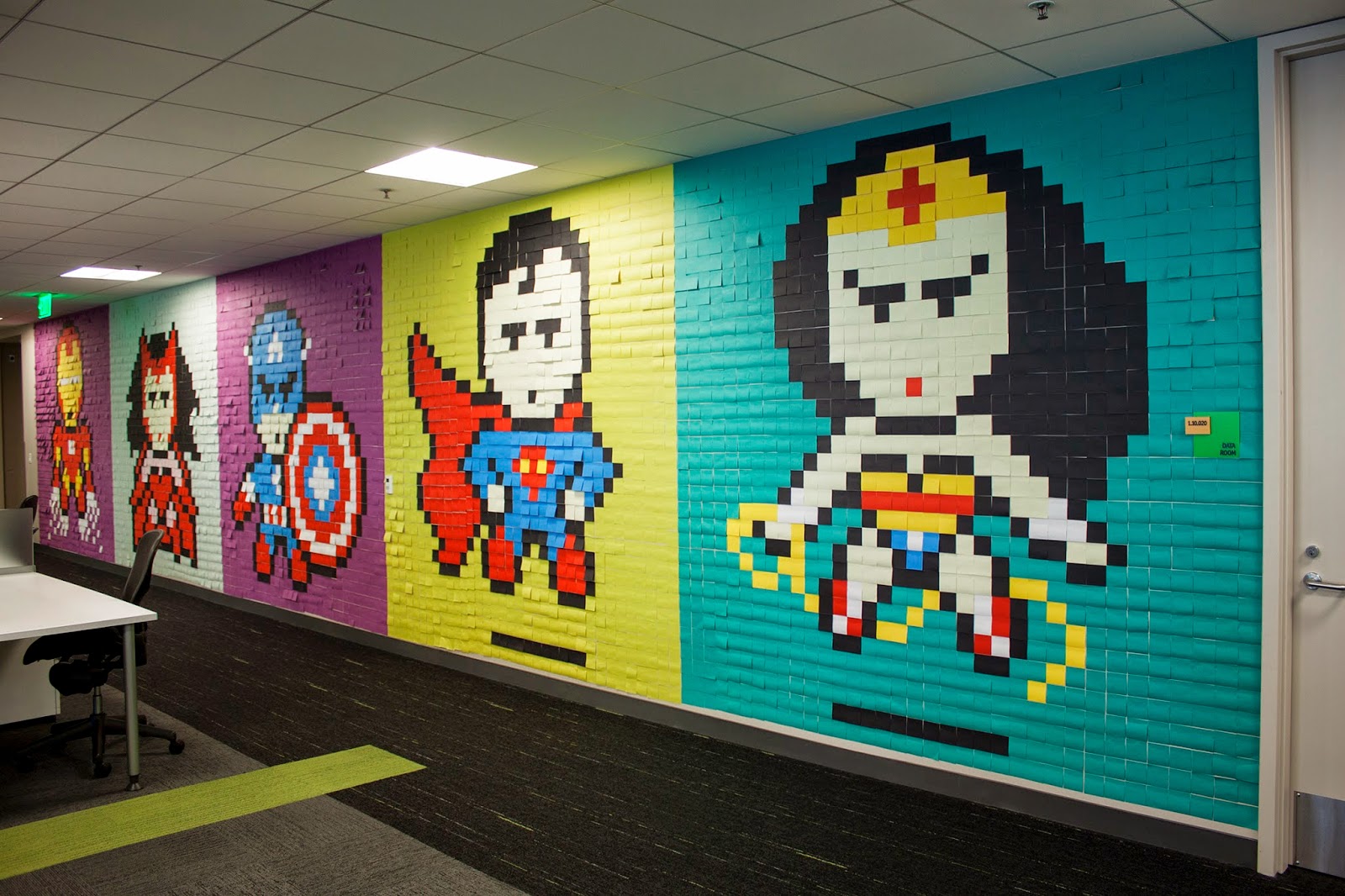 When boredom becomes creativity!  The photo you see above is the ending product of a bored worker who came up with the idea of 'sprucing up the office' as it was boring and 'sterile'.
"I wanted something colorful, playful and inspiring.  My creative director and I tossed around some ideas.  Famous portraits?  Pixelated iconic posters?  Eventually, he suggested superheroes.  Superheroes were the answer.  I started working out the pixel grid and designing some characters." 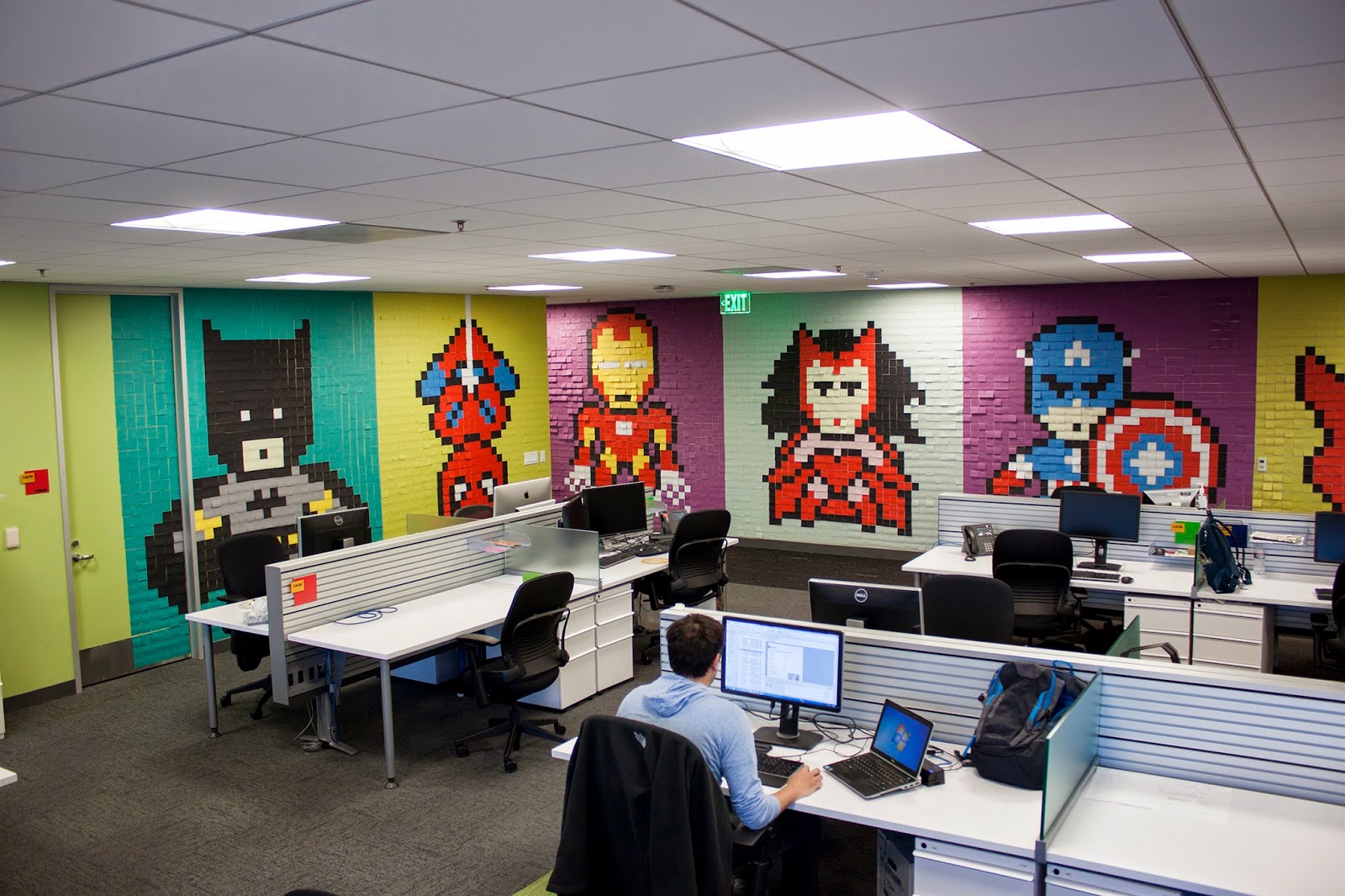 The entire process took place on a weekend where there were few people in the office and no AC!  Yikes.  However, as more folk rolled in.. more became engrossed and helped.  Colors were calculated, how many packs of each color etc.; all taken into consideration before starting the project.  About 9.000 post-its were purchased.  A whopping 8,024 were used total. 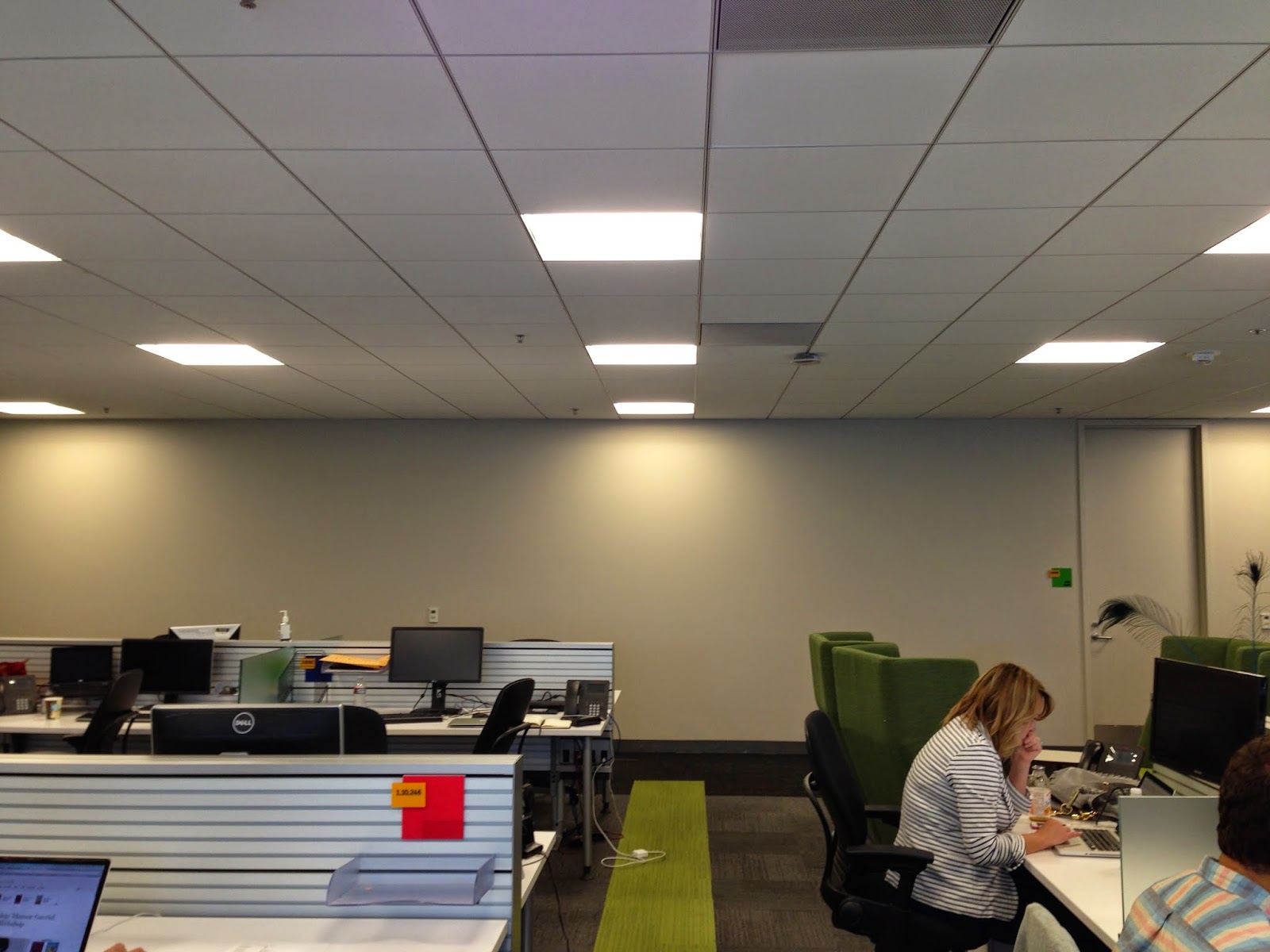 Too cool.  No doubt in my mind that this promoted a more enthusiastic working environment.  The teamwork to complete it is, also, admirable.  Check out the process from the blank walk to the posting to the finished product below:: 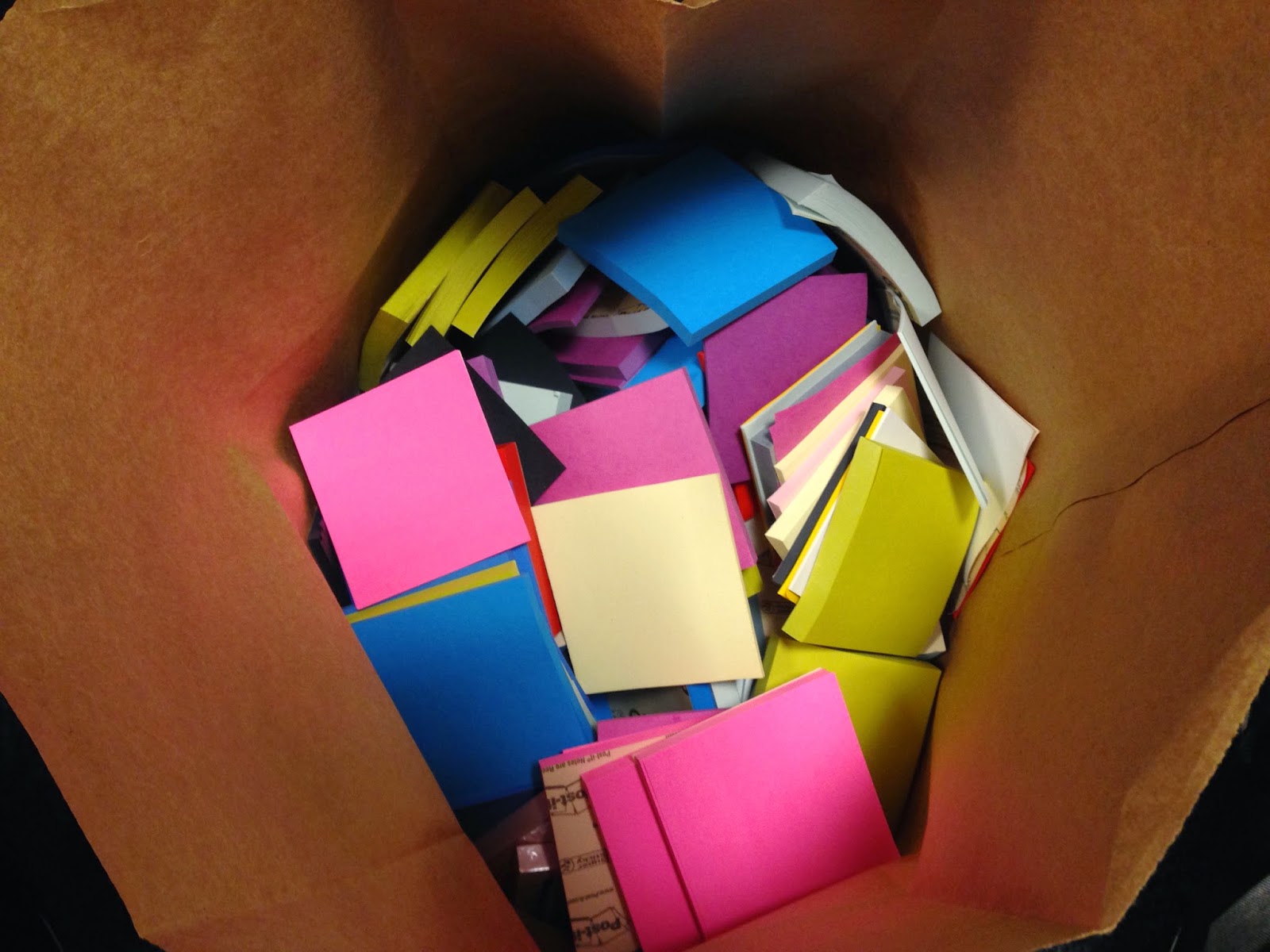 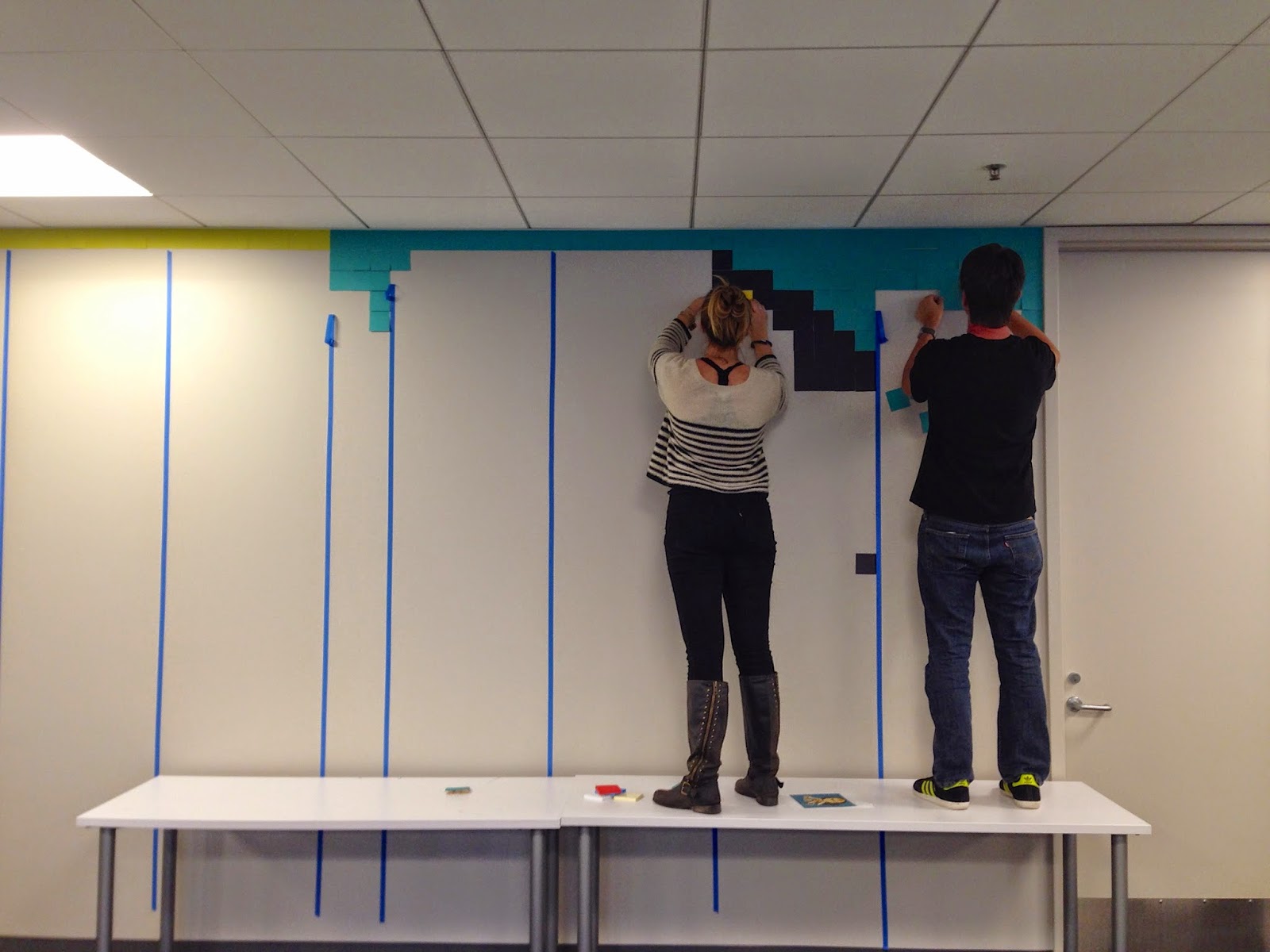 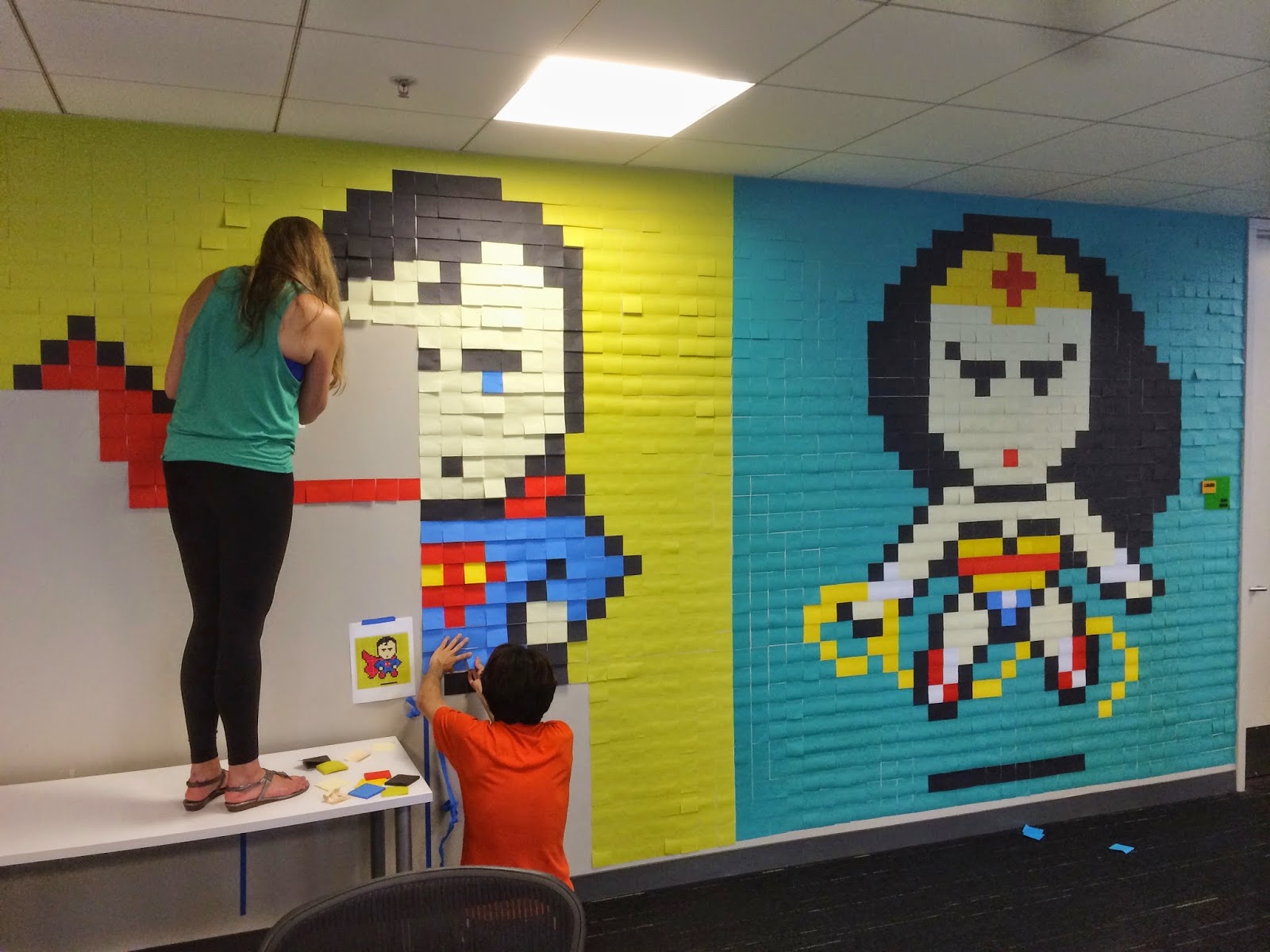 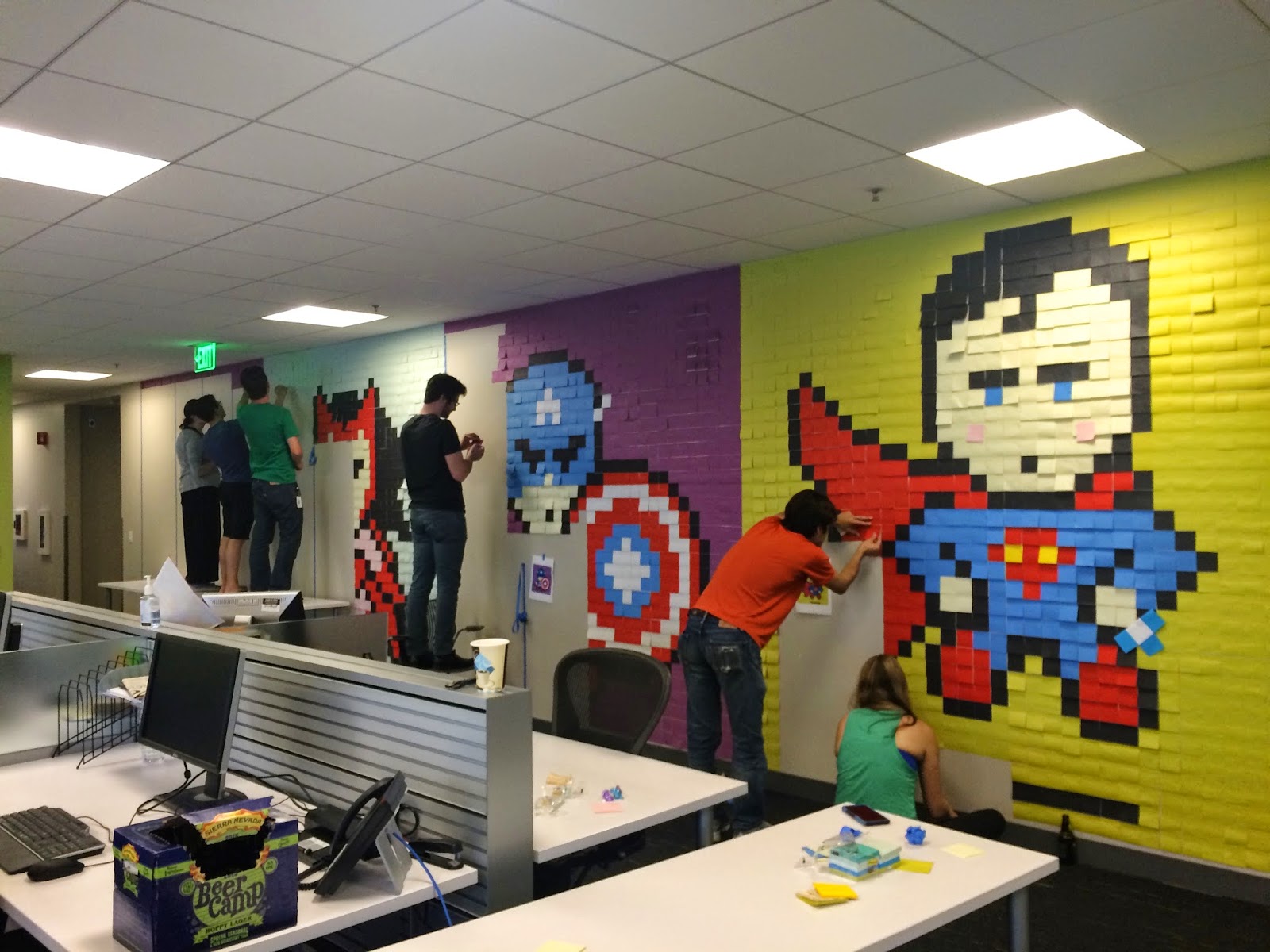 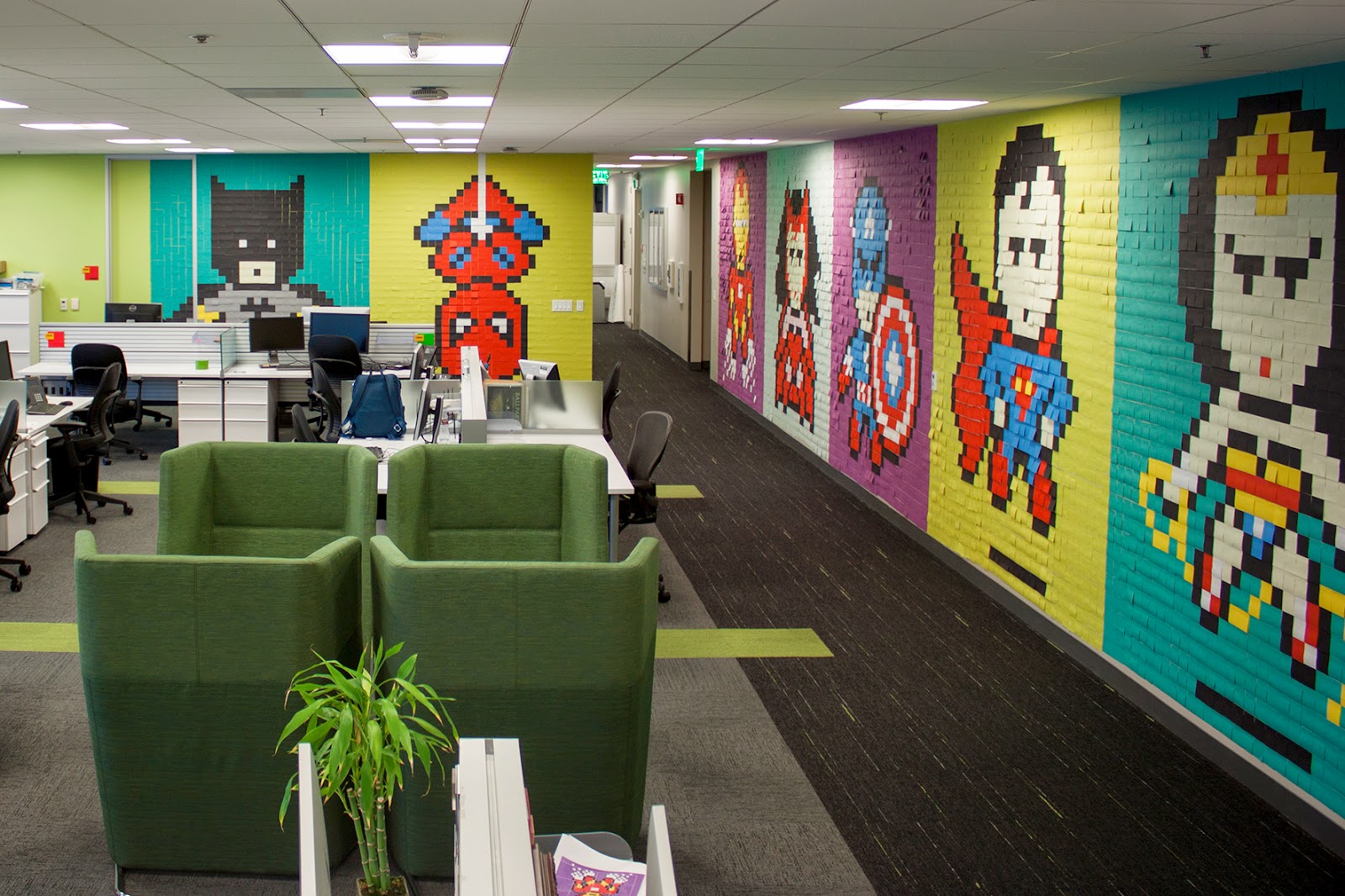