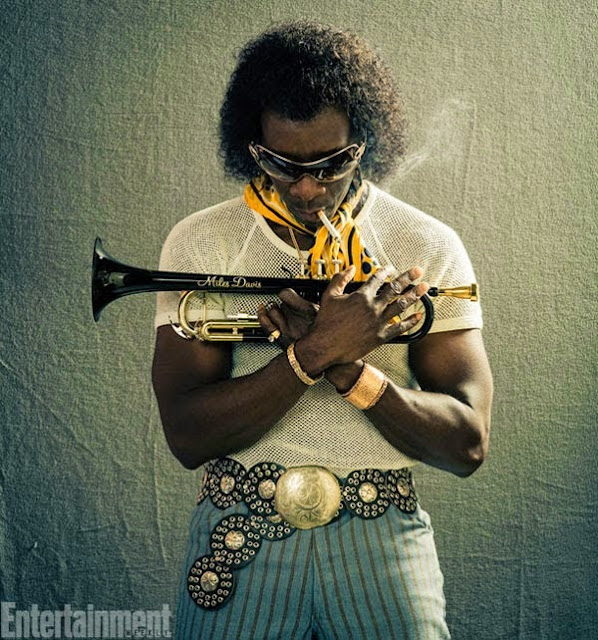 
original 7/9/14 post-
Wow. Talk about a transformation. You can hardly recognize him.
'Miles Ahead’ won’t channel Miles Davis’ entire life, but rather focus on his marriage to Frances Taylor Davis and the 5-year-span where he stopped making music. That ‘silent period’ led up to the creation of Davis’ Jazz/Rock album, ‘In a Silent Way’.


'Miles Ahead' will be Cheadle’s directorial debut on the big screen. No release date stated yet, but filming started this month co-starring Ewan McGregor, Michael Stuhlbarg, and Emayatzy Corinealdi. Keep a look out for more info.