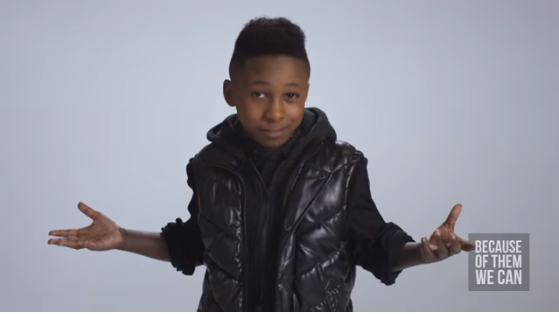 Over the past several months, actress Stacey Dash has found a way to make her way into the media with preposterous comments regarding her own race... in which most times she seems to not include herself as being a part of it.. O_o
Most recently, she took it upon herself to suggest the cancellation of the BET station and Black History Month.  *Sigh.  I could go on my own personal rant about her comments and behavior in this aspect, but that’s not what this post is about.  Let’s stay positive and focus on the beautiful babies- our kids speaking up and sharing their pride and thoughts with Eunique Gibson, the founder of ‘Because of Them, We Can’.