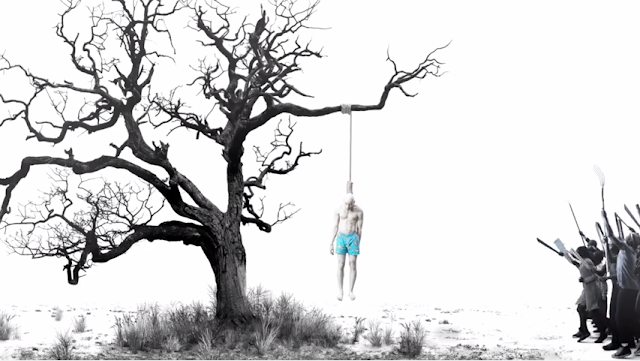 The video still above alone is compelling enough to produce a chill.  Tyler drops a new dual visual from his 'Cherry Bomb' album.  The video begins with 'Buffalo' in a new mixed sound were Tyler is in white face.. being hung by an angry mob of black people.  Later, he wipes his face off to reveal a black face which causes a different reaction.  No matter your interpretation of it all, it's sure to hold your attention the entire duration.. with a racing mind of trying to figure it out.
When the video switches into 'Find your Wings' .. it switches into a completely different feel (like that of the song) and channels a episode of 'Soul Train', if you will.  His creative genes keep expanding.  Watch below ::
Sidebar- if you're watching on your phone... watch the Buffalo part again with invert colors.  It's just as insane. 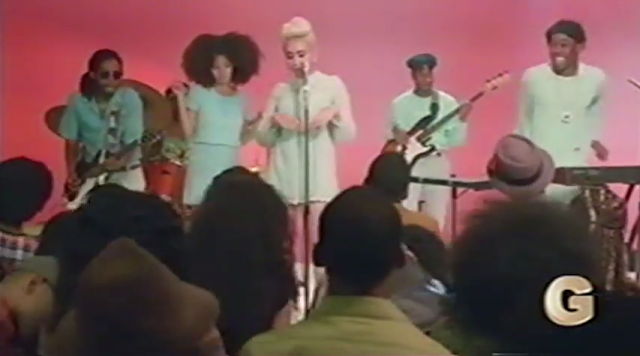