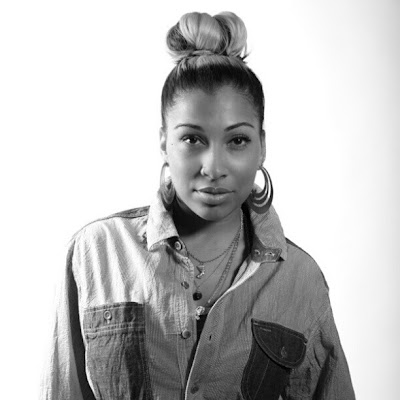 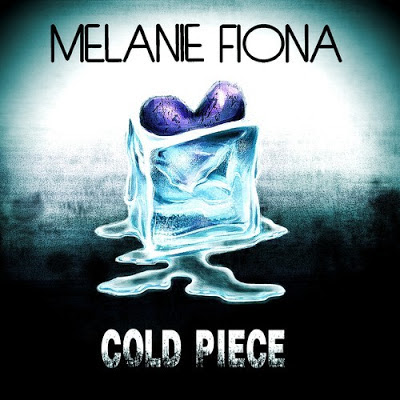 The Twerk Song| Ca$h Out

Email ThisBlogThis!Share to TwitterShare to FacebookShare to Pinterest
Labels: Cash Out

Can’t nothing..
Bring me down…
This song makes me… happy.  Pun intended.  EVERY time I hear it, it’s instantly a mood booster.  He rocked this live performance too.. Check it out:

Sn: Despicable Me 2 (this is the first single from the soundtrack) hits theaters July 3rd!

Previous Post:  Get Like Me| Nelly x Nicki Minaj x Pharrell
Posted by Dolcezza**Sw33t at 5:14 PM No comments:

Email ThisBlogThis!Share to TwitterShare to FacebookShare to Pinterest
Labels: Pharrell 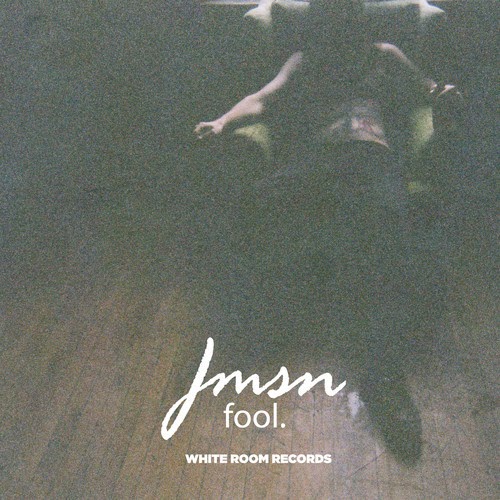 New music from JMSN and this one cuts deep.  Beautiful music nevertheless.  If you’ve been wondering, how I’ve been, about when Unit 6 (his joint project with Ab-Soul)  is dropping,..
“Unit 6 is done!  It’s just that I’m not signed to a label and Ab-Soul is, so there are some technical difficulties there.  Hopefully, we can get it worked out because I don’t want to have to leak anything or anything like that.  It would just devalue what we did…”- JMSN
That’s good to know it’s done.  I hope it works out soon so we can get more great music.  In the mean time.. listen to this below:

FUSE sits down for a quick interview with Q; talks ‘Oxymoron’, working w/ 50 cent, longboarding through Kendrick Lamar’s set, after parties and more.. 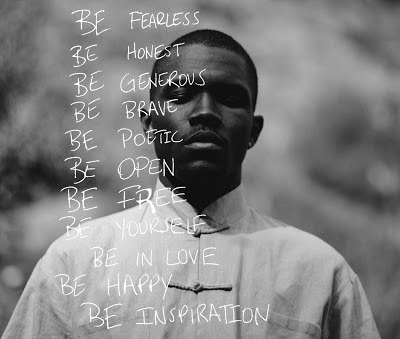 Frank’s ‘California Live: You’re Not Dead…2013’ tour kicked off in Munich yesterday.  While he performed tracks from his hit debut album, Channel Orange, he also debuted a few new songs.  I’ve been waiting for Frank’s new material.  Here’s a preview of what we can expect:

Take a trip with the narcoleptic…

RocNation beauty, Bridget Kelly, releases a visual for her current single Street Dreamin featuring Kendrick Lamar.    I’ve heard a few tracks from Ms. Kelly and the gal definitely has talent.  I hope this gives her the exposure she deserves.  Check out the vid below: 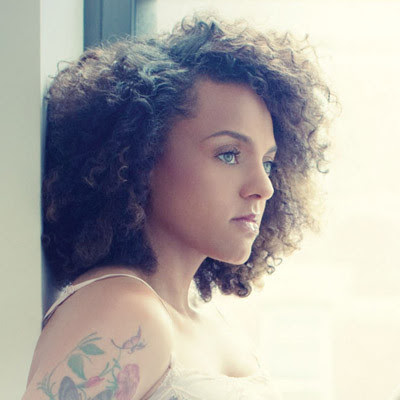 While filming this on her iPhone during a flight from L.A. to Philly, Ms. Ambrosius felt compelled to place the visual with a song she penned to rappers Jimme WallStreet and Lil Snupe who both passed away on the same day last week, as well as her Aunt and idol Michael Jackson (whose four-year death anniversary is today).  Sigh… While this is a beautiful song.. it’s tough to digest at the moment.

Sn:  I haven’t spoken on the Lil Snupe situation because it bothers me….A LOT…. For various reasons.  Hopefully.. I’ll gather myself enough not to avoid it and to actually make a post.
Posted by Dolcezza**Sw33t at 4:45 PM No comments:

I can tell she want it...
Cause she actin so complacent…

Abel brings a visual to the amazing track, Kiss Land, he released last month.  *Disclaimer: Be mindful.. some parts of this vid may not be suitable for work.

Listen to the FULL version here..
Posted by Dolcezza**Sw33t at 4:35 PM No comments:

Email ThisBlogThis!Share to TwitterShare to FacebookShare to Pinterest
Labels: The Weeknd

Bring the noise when we run up on dem…

The energy in this production in addition to M.I.A.’s dope rhymes is bananas.  Shorty such a bad ass.  Watch below:

Email ThisBlogThis!Share to TwitterShare to FacebookShare to Pinterest
Labels: M.I.A.

Circa 1998.
Why do I still remember all these words lol... #reminiscing

Word of the Week... RECALCITRANT.

Nothing wrong with expanding your vocabulary and knowledge of words.  Who knows when you may encounter or need to use them.  .  Here’s the word of this week:

Email ThisBlogThis!Share to TwitterShare to FacebookShare to Pinterest
Labels: Word of the Week.

You should beware
Of a woman with a broken heart… 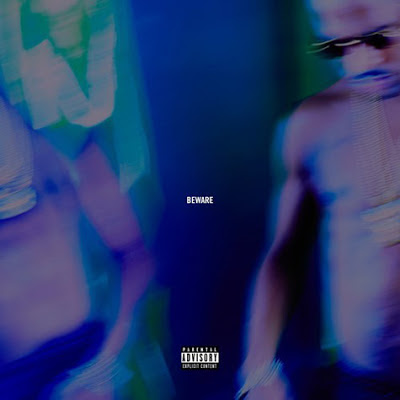 
Previous Post:  Switch Up| Big Sean x Common
Posted by Dolcezza**Sw33t at 9:35 AM No comments: 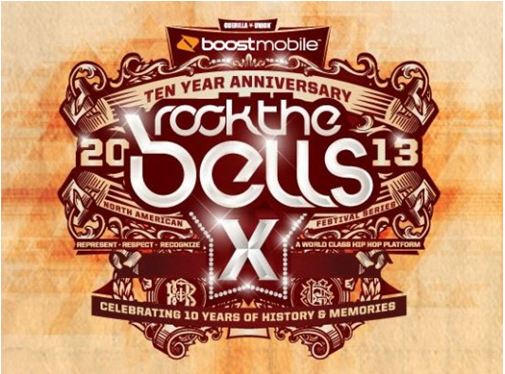 As the dates until RTB wind down, more acts are added!  This is going to be too dope.
Peep the new additions below:

Email ThisBlogThis!Share to TwitterShare to FacebookShare to Pinterest
Labels: Rock the Bells Festival 2013 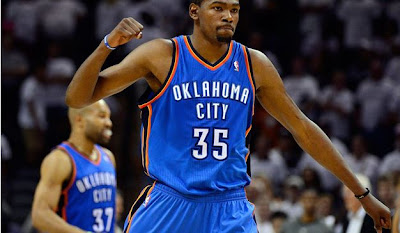 After just receiving his agent license last week, Mr. Carter shows NO signs of slowing down as he recruits yet another member to his current RocNation Sports Roster (below)….OKC Thunder Forward, Kevin Durant.

Could be a major move for his career.
Congrats to him. 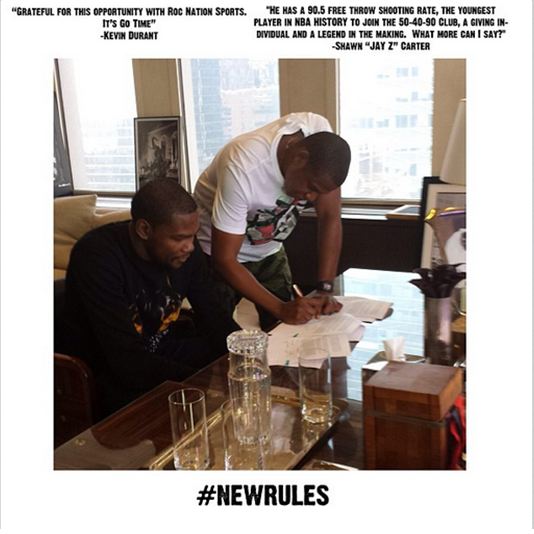 Email ThisBlogThis!Share to TwitterShare to FacebookShare to Pinterest
Labels: Sports

What a random pleasure from Mr. Khalifa today.  I like this one.. and the g’d out, but simple, vid is a plus.
Watch below: 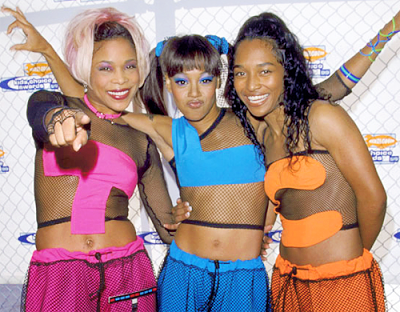 The remaining members of hit group, TLC, have several eyebrows raised after they re-released a 20th anniversary version of their hit song “Waterfalls” that does not include the original verse from late member, Left Eye.  Instead, this updated version features Japanese pop star Namie Amuro.  Sources suspect it is because TLC kicked their tour off in Japan this month and they are making an attempt to draw more folks in (which leads further speculation as to why the track was not released in the states). 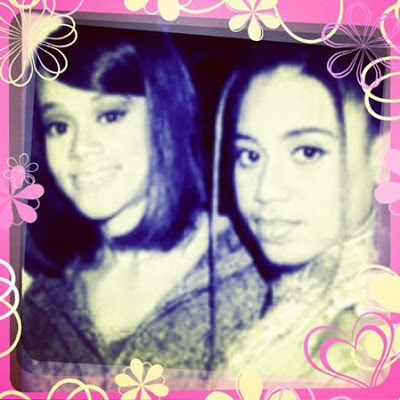 However, Lisa’s sister, Reigndrop, told TMZ “… I did not know about it until a fan posted it online…”  “…I mean it would have been nice if they would have given us a heads up before being surprised”.  It is, also, said by Reign' that her mother was “hurt” by their decision.  Sigh. 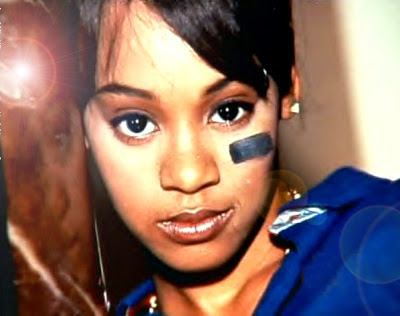 I hope T-Boz and Chilli release a statement soon to clear the air.  In the meantime, listen to the “new” version: 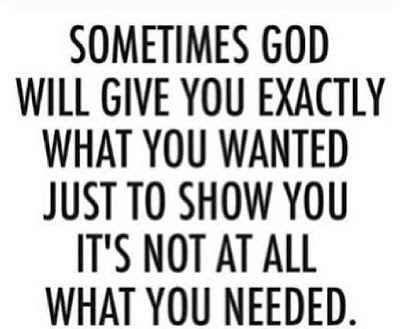 Quality vid of Mac’s set on his ‘The Space Migration’ in London has surfaced.  I am so excited to be going to the show here in DC in a few weeks.  He straight killed this.  For more info and dates of the tour, click here.  Watching Movies with the Sound Off  is in stores now.  Vibe.

Email ThisBlogThis!Share to TwitterShare to FacebookShare to Pinterest
Labels: Mac Miller, The Internet

Nas responds to J.Cole with "Made Nas Proud"

So point blank, young Cole…
You won’t be the same… 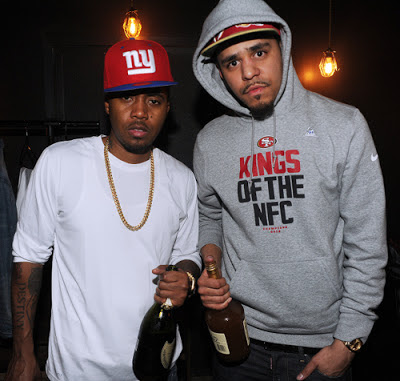 Here’s a response, or remix if you will, from Nas to Cole’s track ‘Let Nas Down’ on Born Sinner (in stores now).  This has to be a crazy humbling moment for Cole.  To have someone who you look up to greatly, tell you that you actually didn’t let them down but you made them proud.  I’m sure the feeling can’t be explained.  Listen Below:

Previous Post:  Photos- Nas to Open a Shoe Store in Las Vegas
Posted by Dolcezza**Sw33t at 11:18 AM No comments:

… we really from the streets

You can’t do anything but respect this man.  While his record company may have faded (like other major labels over the years), he was smart with investments and other ventures which explains why he and his family is STILL well taken care of.  He, also, while congratulating Cash Money on their success, provided his answer as trill as possible.  No sugar coat.  RARE in the industry nowadays.  I’m not sure where the rest of the interview is, and will update if I find it, but you can view this portion for the time being.

Now HOW dope is SHE.  However…I am interested to know what nxgga is in Sign Language, but I digress.  Watch below: 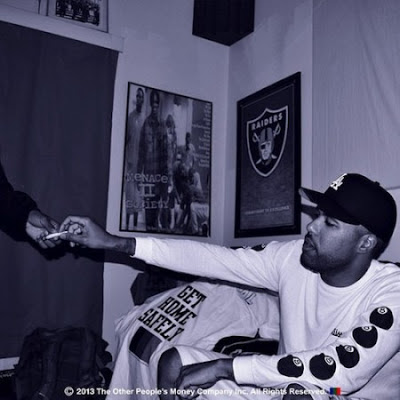 I was just listening to some Dom on my morning commute the other day thinking… man we need some new tunes.  Low and behold… he releases this G shxt.  Just straight  vibin.  Get Home Safely coming soon..

Shawty she a killa… 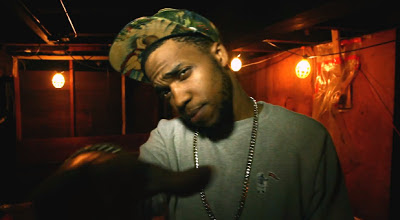 Spitta’s consistency with the tunes is incomparable.  This man WORKS and presents dopeness each time.  The J.Cole ‘All I Want is You” base line isn’t a bad addition to this either.  Press play: 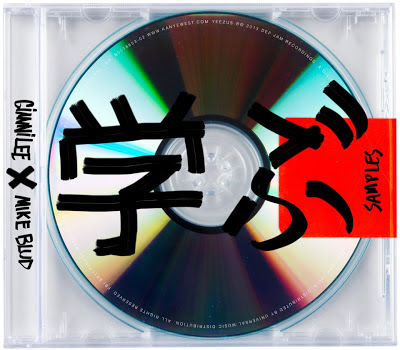 Gianni Lee and Mike Blud conquer the sample world yet again for my hearing enjoyment :-).  This time around, they tackle Kanye’s latest and awesome ‘Yeezus’ album with a mixtape of a intro produced by Gianni Lee collaging all the samples used on the album.  It's such a great week for tunes….
Ahhhh... Listen Below: 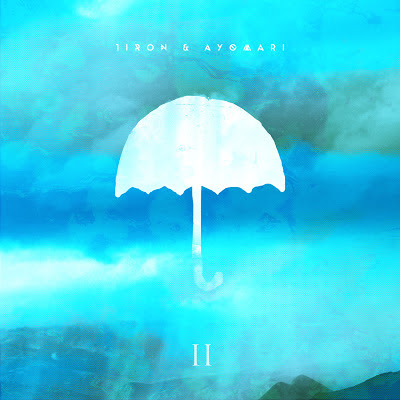 I have literally been waiting for Part 2 ever since hearing Part 1 back in April.  TiRon and Ayomari release their second micro EP to hold fans over until their album drops later this year.
The Wonderful Prelude Part 2, is nothing short of amazing music.  Constant repeat in its entirety.  Prepare to take flight to Euphoria….
Press Play: 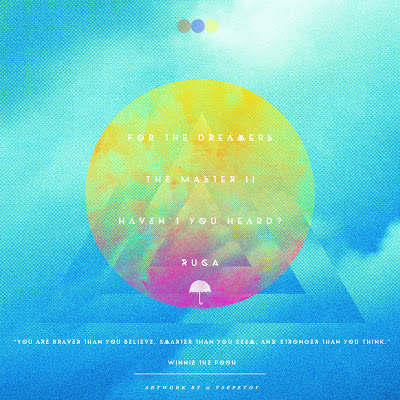 Sn:  It took hell and high water to retrieve the embed code since my comp decided to have a mind of its own this AM.  S/o to Stix for looking out
Posted by Dolcezza**Sw33t at 12:10 PM 1 comment:

Get Like Me| Nelly x Nicki Minaj x Pharrell 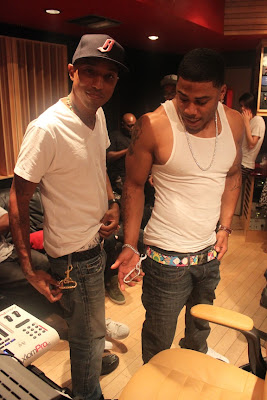 Circa 2000.
How prest I use to be when I had cornrows in my head and Parasuco’s on at the party when they played this song LOL.  This song came on the other day and I forgot how it use to get me and the homies turned up crazy.

Related Post:  Confessions of a Cash Register| Mac Miller x Prodigy (Prod. By. The Alchemist)
Posted by Dolcezza**Sw33t at 12:19 PM No comments:

Word of the Week... PANGLOSSIAN.

Nothing wrong with expanding your vocabulary and knowledge of words.  Who knows when you may encounter or need to use them.  .  Here’s the word of this week:

Panglossian: Adjective.
Extreme Optimism, especially in the face of unrelieved hardship or adversity.

Try using it in a sentence.
Posted by Dolcezza**Sw33t at 9:54 AM No comments:

Email ThisBlogThis!Share to TwitterShare to FacebookShare to Pinterest
Labels: WORD OF TH 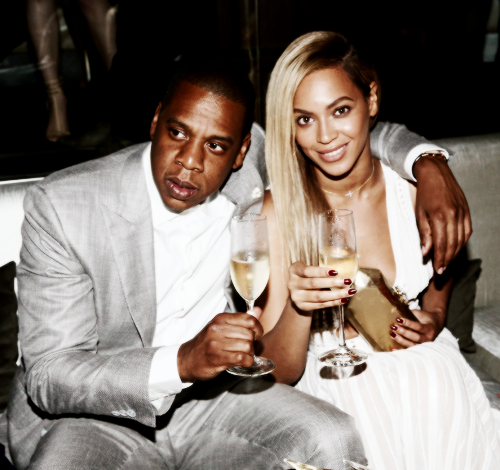 It’s been 10 years already!?  Gosh, where does the time ago.  There are several photos around the net of this event, but… these were my faves of the event held in NYC. 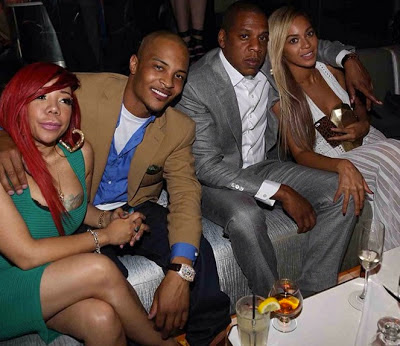 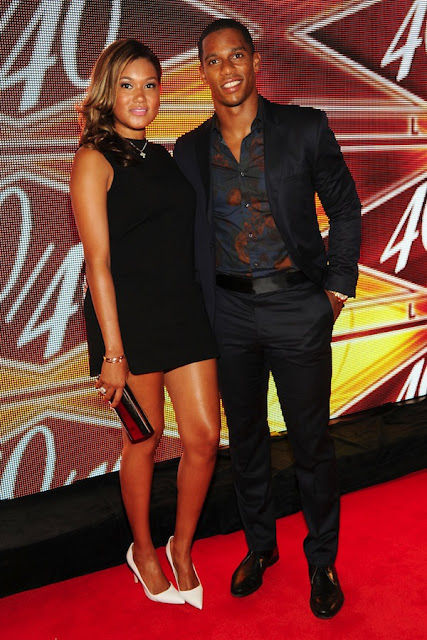 I saw this yesterday, but decided to opt away from a post until an “official” one was released.  The videos floating were those from viewers, at the premiere in LA, phones.  I didn’t think the turnaround date would be this soon, but nevertheless here it is.  Yeezy takes the ‘American Psycho’ route feature his BM’s best friend Jonathan and her sister’s BD Scott Disick to promote his new album ‘Yeezus’ which officially drops today.  Normal Kanye’ fashion (video direction that is).  Watch below:

Previous Post:  Kanye Gets Real w/ the NY Times in “Behind Kanye’s Mask”…

Sometimes I wonder what I did…
To deserve you…
I didn’t listen to the track when it first dropped, but the visual caught my eye so I gave it a spin.  It’s opposite from what I thought..I like it.  The visual is pretty cool too with the exception of one factor.  Check it out:

Keep on movin…
Don’t stop no… 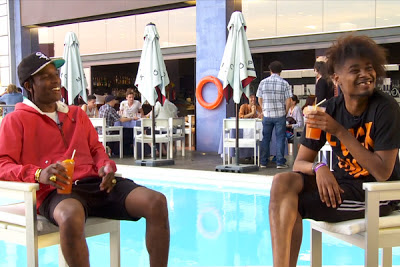 As mentioned months ago… the full version (or shall I say the official) of Kush Coma was set to feature ASAP.  Here you have it.  The radio rip for now… ignore Tim Westwood marking up the track..


Previous Post:  No Faces| Tree x Danny Brown
Posted by Dolcezza**Sw33t at 9:48 AM No comments: