If Black History Month was Eliminated.. Would You Care???

February has been always noticed, since we were born, as ‘Black History Month’.  In grade school, we recognized it as a time to focus on Black leaders, inventors, musicians, actors/actresses, athletes and more.  Complete arts and crafts and English assignments related to them as well as Black History Programs.  Now that we are adults.. how do we celebrate it?
Over the past two years on ‘Addiction’.. I’ve dedicated time and effort to post a different Black history person to focus on everyday along with a brief summary of who they are or what they did.  This year was a little different.  As much as I put time and effort into that (while being dreadfully busy on a full time job)… I noticed those posts would seem to get trampled by other posts of those focusing on music and or celebrity news.  I would actually find myself stressed sometimes to find someone (especially information) who isn’t mentioned often among the masses, but needed to be noticed.  I thought to myself this year… why would I do that?  They (we) don’t care.  I felt.. no.. you have to continue with the “movement”.. someone  will read it.   Then, I went right back to the negativity … I’m not putting any more energy into something people don’t care about.
So with that.. I decided at the beginning of the month that I would, this year, find black history events in the area and try to attend a few.  That only resulted in me going to one out of the four I wanted to smh.  Pathetic.  Throughout the entire month, I had only made one post in regards to black history.  I received a note from that saying “I can’t wait for your other black history posts”.  I didn’t have the heart to share with them.. that wasn’t going to happen.  I’ve had this particular post, though, planned for a few weeks and decided to wait until the last day of BHM to post.. to report my observations.
To have black history month is sort of exceptionalizing African Americans.. almost treating them with a certain amount of condescension

Would you care if Black History Month was eliminated?  I went to see a remarkable play entitled “The Mountaintop” written and directed by the lovely Katori Hall. 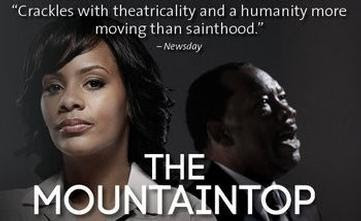 This was not your ordinary “civil rights/MLK” play.  It had a much deeper meaning and un expecting twist.  Although, the “intermissionless” 90 minute play took place with only one scene and only two characters (both black), it was the most POWERFUL thing I’ve ever seen in my entire life.  What was interesting, outside of the play, was that the bulk of the audience were white people.  How ironic.  {I’ll complete a post on this later in full detail but any who}… that one component made me reflect.  It’s “our” month… why are ‘they’ here and we aren’t?


All month, I’ve seen our people (on social media and in person) discuss Valentine’s Day more than even a mention of it being Black History month.  And when Black History Month was mentioned… it was in mockery.  My Instagram timelines were flooded with parodies of black history with old pictures .. I.e. a picture of a black woman in the 30s dancing with the caption saying “Edna Jenkins- The first woman to have bands make her dance”.  While I guiltily admit some of them gave me a few chuckles, after a while it was insulting.  Not only do we have a black president, but there are soooo many things that folk have went through and are still fighting for today just so we could have “opportunities”…why can’t they be recognized?
We complain about having the shortest month of the year for Black History, but why give us a full month when this is how we spend the 28 days (29 on a leap) that we do have?  There are those out there who take this month very seriously and embrace/celebrate their heritage.  Pure awesomeness.  Unfortunately.. they are over casted by the vast majority of our generation who could give two shits (I am speaking from my own social & personal community).  That sadly affects us all.. we need to do better.    Please do not confuse this as an attack or preach of any kind, for I am no saint myself.  This is to simply give us all something to think about.  We would have a fit if they took Black History Month away (and believe me they do have the power to do so)… but what are we doing to keep it around?  So again I ask… Would you care??


“…This paralyzing framework encourages liberals to relieve their guilty consciences by supporting public funds directed at “the problems”; but at the same time, reluctant to exercise principled criticism of black people, liberals deny them the freedom to err.  Similarly, conservatives blame “the problems” on black people themselves—and thereby render black social misery invisible or unworthy of public attention.
Hence, for liberals, black people are to be “included” and “integrated” into “our” society and culture, while for conservatives they are to be “well behaved” and “worthy of acceptance” by “our” way of life.  Both fail to see that the presence and predicaments of black people are neither additions to nor defections from American life, but rather constitutive elements of that life….” – Cornel West, “Race Matters”