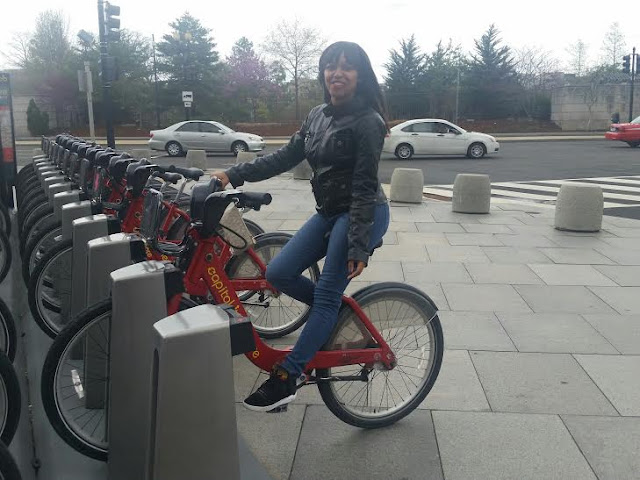 Here and there, I participate in a random questionnaire.  They are pretty fun to me... for myself and to read others answers.  For this particular post, it began with reading the Q+A session for BGC's Diamond Jimenez... which rolled over into me asking others to input.  I wanted to do my own.  I asked 2 males and 2 females just to even the gender.  What I found interesting was, they all inadvertently sent questions that relate/describe their personality :: Dev @ Cold Knowledge- his was more emotional driven; Stix @ Revolutionary Suicide- his were more political, music, and black culture driven.  Meke- sent me thought provoking ones and/or pure randomness that you could tell she put thought into.  No surprise there as we were always lowkey two of the sharpest and wittiest in our classes at the Aug *smirk #Underdogs.  LaShari @ inspirethetribe - immediately sent something driven by her excitement and happiness for life.  That was revisited #insider LOL.  I didn't use all of the questions, but I picked out a few from each and compiled them into one list.  Here we go...

2. What do you dream about at night?
I mostly have nightmares or bad dreams, if you will. In a nutshell, they are either really bad or very random.

3. Who is your celebrity crush?
He’s young, but legal... Odell Beckham, Jr.
and can I add three more?... Jason Mitchell, Neef Buck (from the Young Gunz) and Nasir Jones.

4. What are you afraid of?
Having a loved one pass away and failure.

5. What song gets you in the mood?
Paradise x Omarion

6. What’s your favorite song?
Ironically, I don’t have a particular one anymore.

7. What TV show character do you relate to most?
Daryl from the Walking Dead. Doesn’t smile much and with the shits.

8. Tell me about the book you’re reading.
I just finished reading ‘On the Run’ by. Nisa Santiago last week. Finished in less than 48 hours (as I do all of hers). I can never put them down. With this, I’m infatuated with the Kola/Apple series. This was part 5. I've been on the 'waiting list' for part 6 to get returned to the library so I can check it out and continue the story.  I started to type about the premise in whole since I’ve been so enthralled in the entire series over the past couple years, but it would’ve taken up the entire post. Instead click this link.

9. A poem or song lyric that won’t leave your head.
"Why can’t nxggggahhhhss stay in they lane? … hate everyone but I don’t wanna be alone”.
Father’s new album is my shit.

10. What’s your favorite physical feature of yourself?
Skin.

11. Where would you go if money wasn’t an issue.
As cliché as it sounds,  I wouldn't go on a trip anywhere.  I would instead head to New York (either Queens, Brooklyn, or NYC). I would pack everything up and literally move tomorrow, if I could... in hopes of starting 'life' over or rather.. beginning it.

12. What’s your deepest wish.
To be genuinely happy.

14. What’s the weirdest thing that has happened to you?
Define weird.

15. What do you need to get off your chest?
Doesn’t matter...won’t change anything.

16. What will you remember most about the Obamas?
Top memory is how I CRIED tears of JOY when they announced he was elected President (first term) and how turnt up campus was.  I was literally shaking.  I was overwhelmed with pure joy.  For the entire 8 years, I will say the purity of the entire family.  Not only did they stay true to themselves and remained down to earth, but they set such a high bar of great influence in various ways to people in general.  I can't put this in words.  It means so much to me.

17. Are you afraid for the future?
Honestly and unfortunately, yes.

18. What are you mad about?
Wasted time and genuine effort of blood, sweat, and tears.

19. What are you excited about?
Can’t think of anything off the top of my head.

20. Favorite movie?
First thought that came to my mind.. The Godfather Epic. It’s 7 ½ hours and I can watch it ANY time and have. Matter of fact for example.. one week.. I watched it everyday.  To get technical, the Godfather Trilogy as a whole.

21. Denise or Whitley?
Denise Huxtable, hands down. She was bad.. but I just relate to her more overall (personality, style, etc.)

22. What is the most significant memory you have attached to music?
Nine times out of 10... I have a memory attached to a song... whether good or bad.  Like a legit detailed story.  I tapped into some of them during quite a few of my 'Time Warp' posts, but now that I'm answering this question.. I'm thinking I should post more.  Thanks for the lightbulb.

23. Would you give CPR to a homeless person if they were dying?
This was a good one.  I was certified for CPR, but haven't had to perform it in a long time.  I do remember the slightest misalignment can be detrimental. I would hate to be the reason the person died instead of the reason they are being saved.  This is tough.. I would only know the true answer if I was in the situation.
24. Most bizarre talent?
I can burp immediately on command.  LOL.

25. If a zombie stormed in the door right now, what’s the closest thing to you that you could use as a weapon?
This pen to the right of me since it's the sharpest.  I'm stabbing it right through their head.  If that doesn't work.. a quick a jab and the leg of this chair through the head.

26. If everyone in the world suddenly talked the same, would you rather be surrounded by Young Thug's or Cardi B’s?
Ha.. I would have to say Cardi B.  I rock with Thugger, but she speaks more clearly. lol.
'
27. Favorite monopoly piece?
The boot.  Idk why. lol

28. Can you roll your R’s?
Not with this long tongue piercing :(

29. If you made an album, what would you call it?
Vices or Vice City.  Each track would talk about my vices and vices observed of others in the masses; the connection of em.  It would be a story.

Keep a lookout for another one.  I may even get a little more detailed ;-)
Thanks again to Tameka, Dev/Cold Knowledge, Stix, and LaShari.  Sidebar- I really wanted to include the trump and political party questions, but the way my job is set up....I need to keep my employment. lol.  Any additional questions.. leave them in the comments!