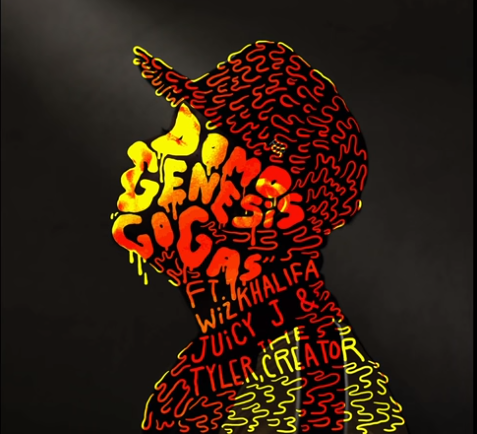 OF's Domo Genesis steps up to plate as the debut of his first studio album is rapidly approaching- 5 days away.  Distinctively one of the slept on lyrical members, the first track offering of 'Go (Gas)' holds up to standards.  Produced by Tyler, who is also featured on the track-- my ear caught a wiff of his 'Goblin (Intro)' influence in the production.  Whether intentional or not, it sparked a thought of that within no time.  The 12 track-album 'Genesis' is set to feature Tay Walker, Anderson.Paak, JMSN, Mac Miller, and King Chip etc.  Pre-order on iTunes now.  Listen to the blaze below::