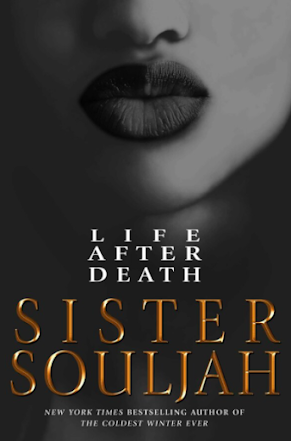 {!!!SPOILERS Ahead for 'The Coldest Winter Ever".  If you have not read it, stop here.}
Over 20 years ago, Sister Souljah released 'The Coldest Winter Ever'.  1999... I had NO business reading this in middle school, but it was fresh and the talk of the class amongst us gals.  This novel, a personal FAVORITE of mine that I've read several times, became a HUGE success and gained a cult like following for the main character... Winter Santiaga.  Winter will finally get out of prison and this one is said to pick up from there.

Winter was indeed a bad bxtch, but a terrible human being.  I mean... you can literally form an extended grocery list of reasons why you should NOT like her.  Nevertheless, for some reason, we all loved her.  Since this book, we/fans looked forward to "seeing" her again.  A movie was said to be made, but never came out.  I don't have a clue who could play Winter's role this day and age, but I'm thinking maybe Laz Alonso (Fast & Furious/The Boys) or Tyler Lepley (P-Valley/ The Have & Have Nots) could play her father, Ricky Santiaga.  Who do you think?  Speaking of Ricky, Ricky Santiaga Jr. should be grown by now.  Is he making an appearance!? 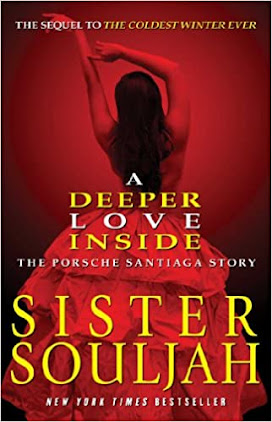 'A Deeper Love Inside- the Porsche Santiaga story' dropped in 2013 and we were all looking for the moment Winter appeared in the book.  ESPECIALLY since it was deemed to be 'The Coldest Winter Ever' sequel.  I remember pre-ordering and standing in line at Borders to grab my copy.  Fans (myself included) were unfairly disappointed that her appearance was brief as if the story wasn't supposed to be about PORSCHE.  We were duped.  I can go on and on about countless reviews I've read and countless conversations with my girlfriends about the books following The Coldest Winter Ever.  The feeling wasn't the same.

However, this is the REAL sequel and Winter is BACK ya'll!  Mark your calendars, pre-order, whatever.

Email ThisBlogThis!Share to TwitterShare to FacebookShare to Pinterest
Labels: Books