Outkast to Reunite onstage at Coachella 2014? 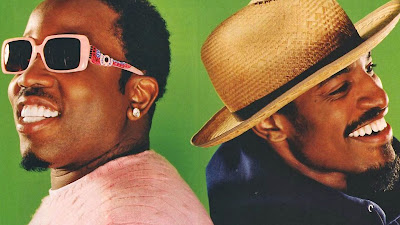 Since 2007, fans have hoped for the day that there would be an Outkast reunion. Almost 7 years later...it seems it may finally be coming into fruition. Perfect timing at its finest considering 2014 will mark the 20th anniversary (April 26th to be exact) of their first album, Southernplayalisticadillacmuzik. This is HUGE. According to Billboard:

While there is still speculation regarding Coachella, REVOLT TV confirmed... yes, confirmed, that the Mighty Mighty O will be together once again in 2014. Watch below:

Email ThisBlogThis!Share to TwitterShare to FacebookShare to Pinterest
Labels: Outkast