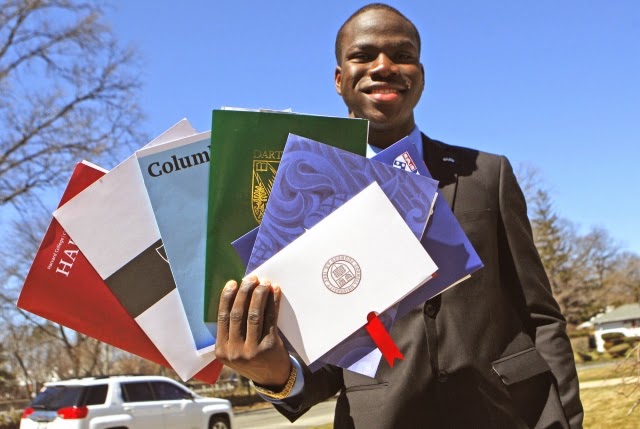 #BlackExcellence
He applied to 13 colleges. He was accepted to all of them including all 8 ivy league schools.
17-year-old Harold Ekeh of Long Island discovered the great news with his mother when he logged into the computer March 31st after they posted online. His high school career includes conducting scientific research, starting a college prep mentoring program, and serving as editor-in-chief of the newspaper and vice president of Model United Nations. Impressive.
Ekeh expresses his true passion is medicine as he plans to attend medical school and specialize in Neurosurgery. So far, he has visited Yale and still needs to visit other schools like Harvard, Princeton, MiT etc.
He has until May 1 to select which establishment he would like to attend. Wherever he decides, I know he will do well.
Last year, another young brother- Kwasi Enin of New York, was also accepted by all 8 ivy league schools. He chose Yale.
#KeepShining.