Waiting here
to find the sign
that I should take it slow... 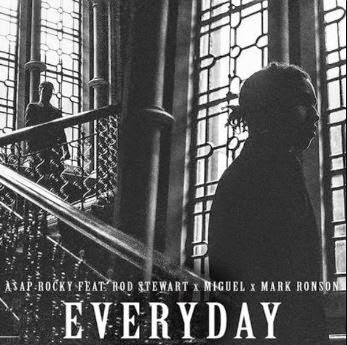 This originally debuted at the Red Bull Music Academy lecture. Now, Rocky releases the studio version of the banger 'Everyday' as his next single from upcoming album, At. Long. Last. A$AP. The album was said to be released on May 12th, but has now been pushed back to June 2nd. Mark Ronson hit a nice production with this Rod Stewart sample. That switch up in the middle of the song is fire too. Check it out below::