NFL Blitz Arcade is Back! 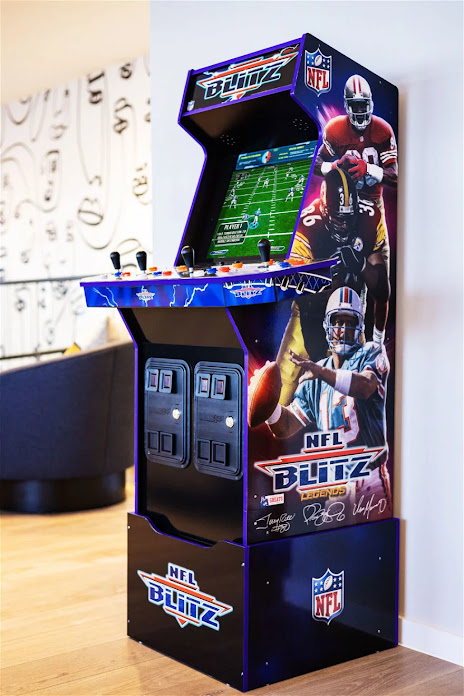 Going to the Arcade was such a joy and luxury growing up.  There are few things that can compare, at least for me. Just as the millennium hit, technology continued to advance and console game systems became the number one source for game play.  Arcades became a thing of the past.

Arcade1Up has helped keep the retro feel alive.  Several popular arcade games were released over the years for consumers to set up in the comfort of their own home.  While you all are working your mock drafts and getting your Fantasy Teams together, Arcade1Up announced their introduction for the remastered arcade of NFL Blitz Legends. 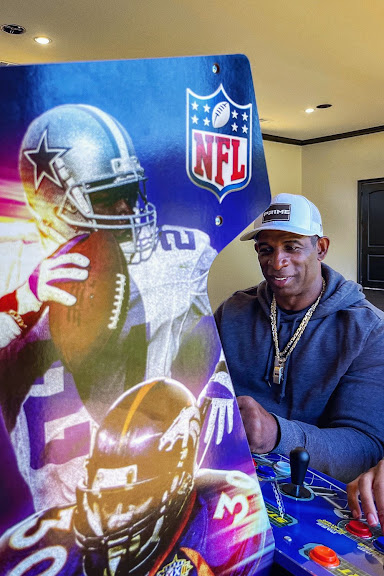 NFL Blitz, Blitz '99, and Blitz' 2000 : Gold Edition are included in this release.  Gamers will be able to navigate on screen which game to play AND compete with others via the WiFi online multiplayer and leaderboards.  NFL Legends Deion Sanders, Jerry Rice, Dan Marino, Brett Favre, Cris Carter, Jerome Bettis, and Terrell Davis partnered with Arcade1Up, the NFL, and Football Greats Alliance (FGA)
to create this "Authentic NFL Blitz Legends experience".  Arcade1Up CEO, Scott Bachrach, shared that their team "spent the better part of the last two years making sure we honored the games' past while bringing it up to today's modern standards with AAA development efforts..." 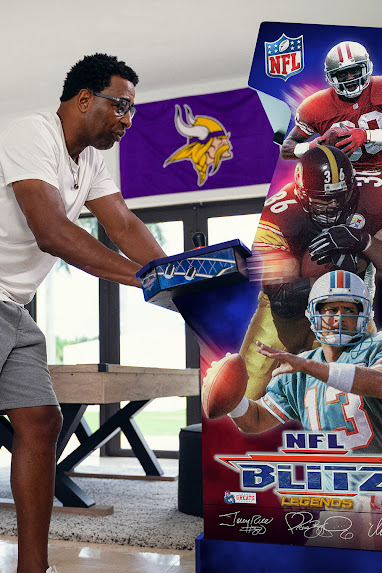 Arcade1up.com has this on presale now for $599 (+ free shipping).  Currently, the shipping territories are limited to the U.S. and Canada only.  This Fall, it is said to also be available on Bestbuy.com and Walmart.com
With the NFL Blitz Legends, you're going to see all the Hail Mary's.  You're going to see the interceptions and game-changing tackles, all of that.  And of course..... the touchdowns
- Jerry Rice/Fan Nation

Are you ready for some football?