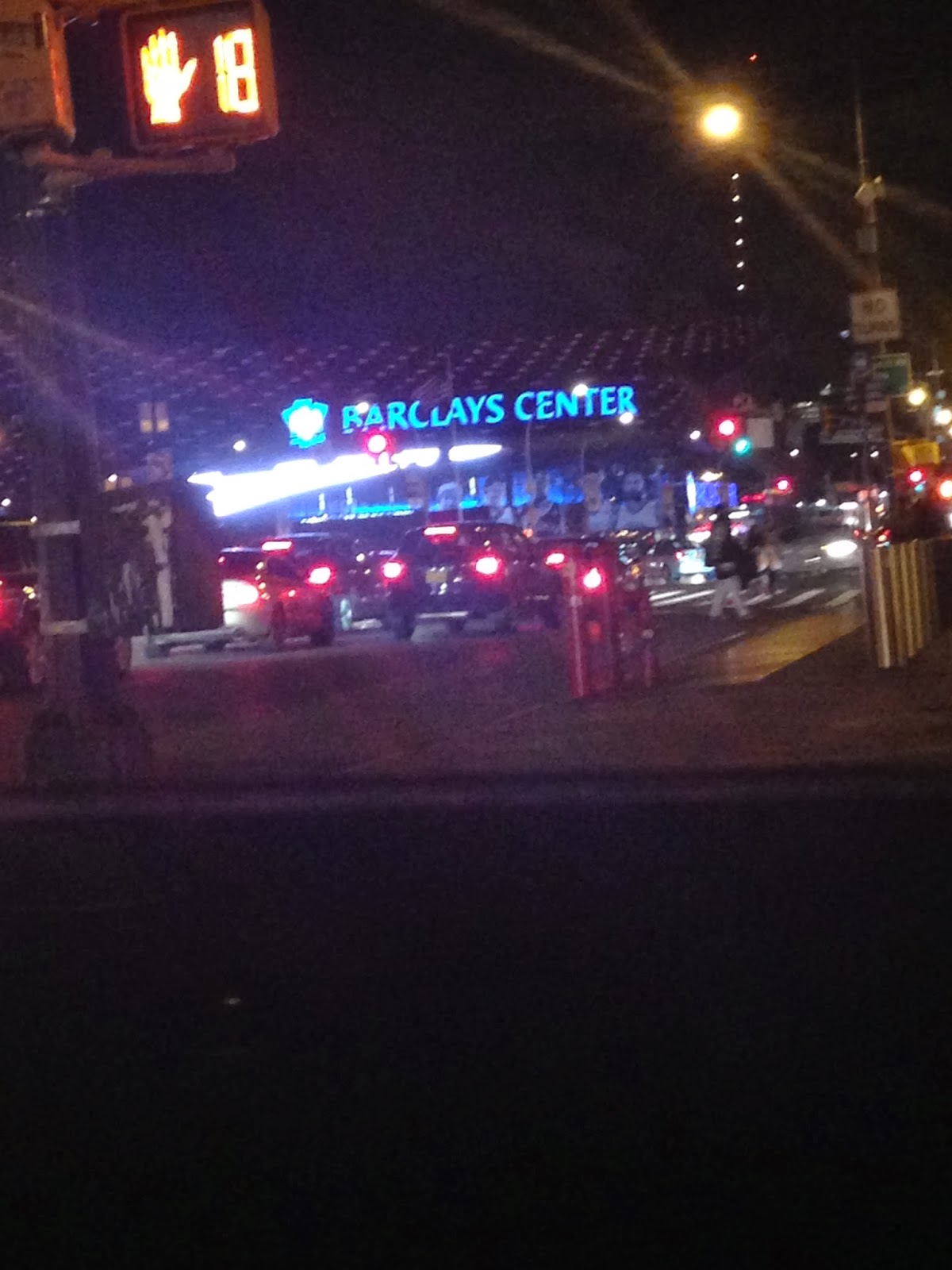 After talking about it during a Superbowl commercial last night and the opening of the Jordan store (keep reading you’ll see why), I realized this post was long overdue. The sad part about this is.. I couldn’t wait to create this post to share with everyone my experience, but have been super busy since. I’ve been in a writing mood since 5 this morning sooo…. Here we go.


Sunday, January 12th , 2014 was a great day. Went to 730 service at church… got home changed… and headed to Union Station to go up to Brooklyn to see Jay-Z. It was sunny and it was unseasonably warm. The excitement I had of seeing Hov in his hometown (Brooklyn) was serious. It didn’t hit full throttle until I saw the NY skyline. The jitterbugs kicked in quicklyyyy. I turned up the pod with MCHG blasting prepping for the night. On 28th and 7th, I was let off and walked over to Five Guys. Now let me tell you…I’ve had Five Guys countless times before.. but this was thee BEST burger I’ve ever had from there. I sat in there almost an hour and a half eating and charging my phone. Some of my NY homies pulled up …turnt as hell. No.. they weren’t going to the show.. but they were showin me love while I was in town and bottles were in full rotation. The trip to the Barclays Center was mad crazy for the most random reasons. I hadn’t seen them in so long. Conversations all over the place. I had a cup full of ____ straight and downed it when I got to the center. You talking about ready? Huh man. Lol. But.. let’s get to the talk of this concert. 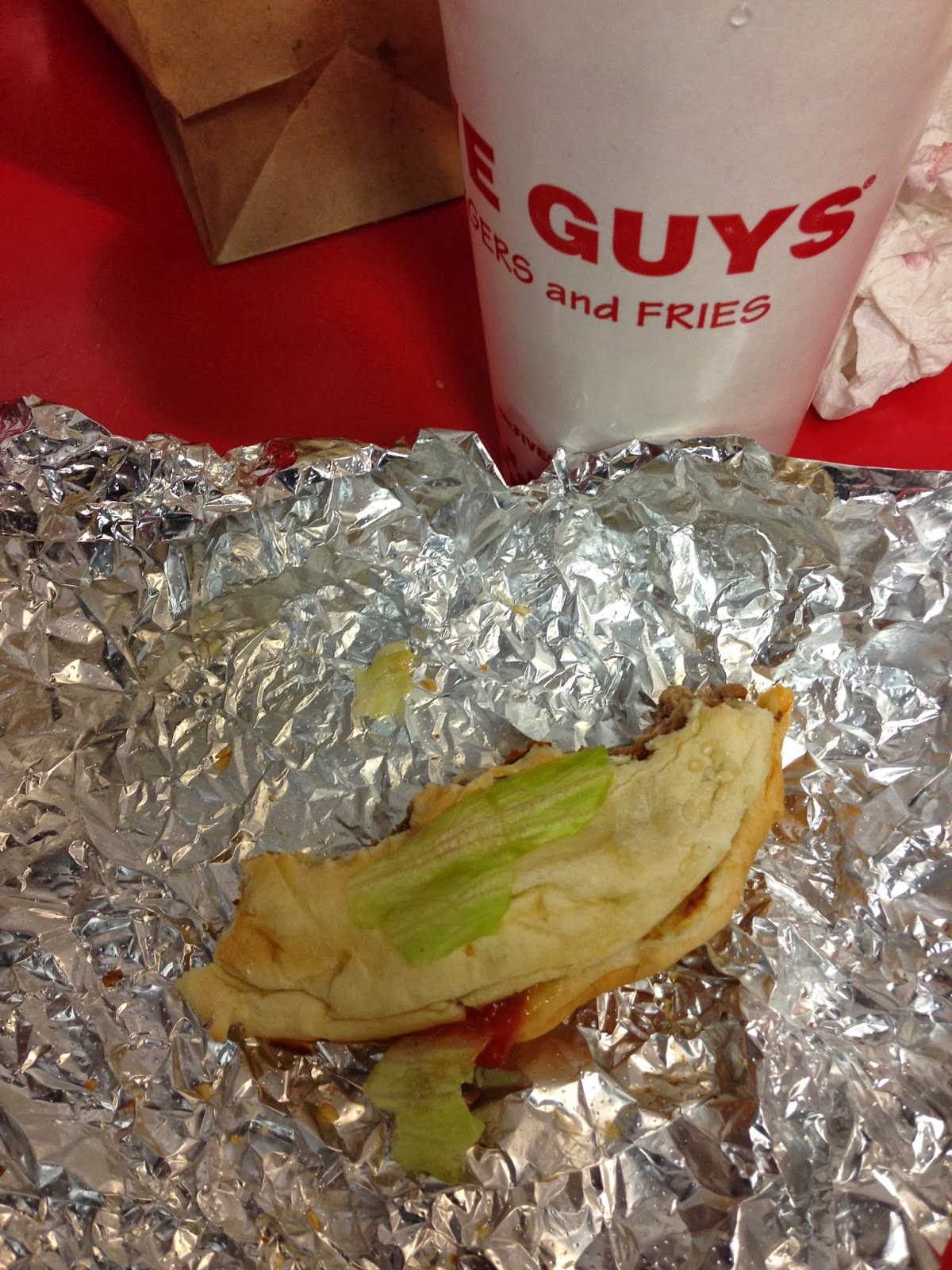 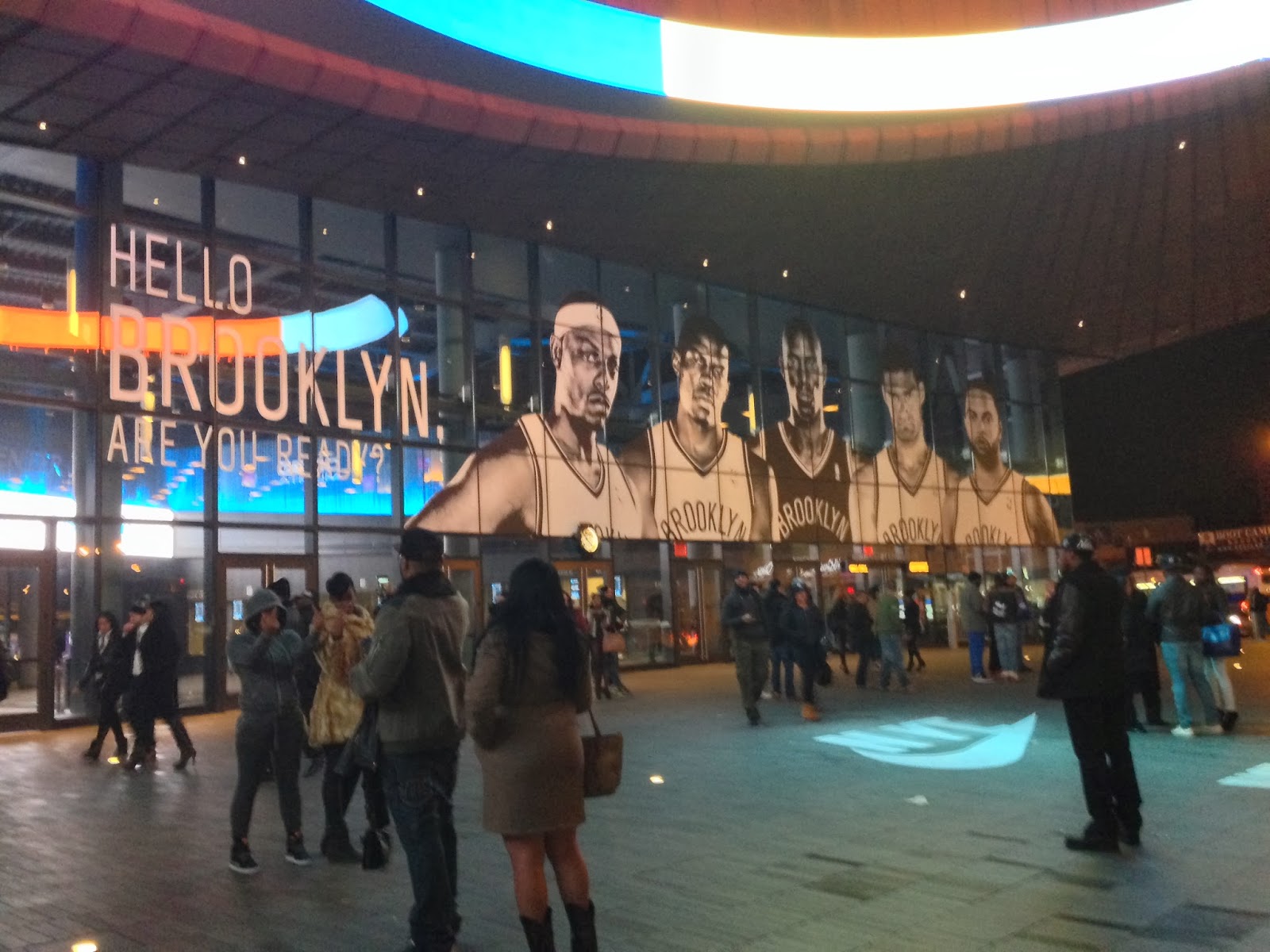 I got in line and Tahiry was standing next to me I mean like.. coats touching next to me. I’m so inebriated I didn’t even pay attention at first until this dude said something then I looked like ohhh. Her and her homegirl were trying to get in the VIP entrance. I then noticed…I was in the wrong line lol. Regular lines had crazy security.. WAYY more extensive than the Verizon Center here. Stupid packed…I checked out the merchandise stands and all the other little things (as this was my first time at the Barclays Center). The architecture /design was tight. I knew Jay wasn’t coming out soon.. but I still wanted to get my beer and get to my seat. But beforehand…I most definitely wanted to get 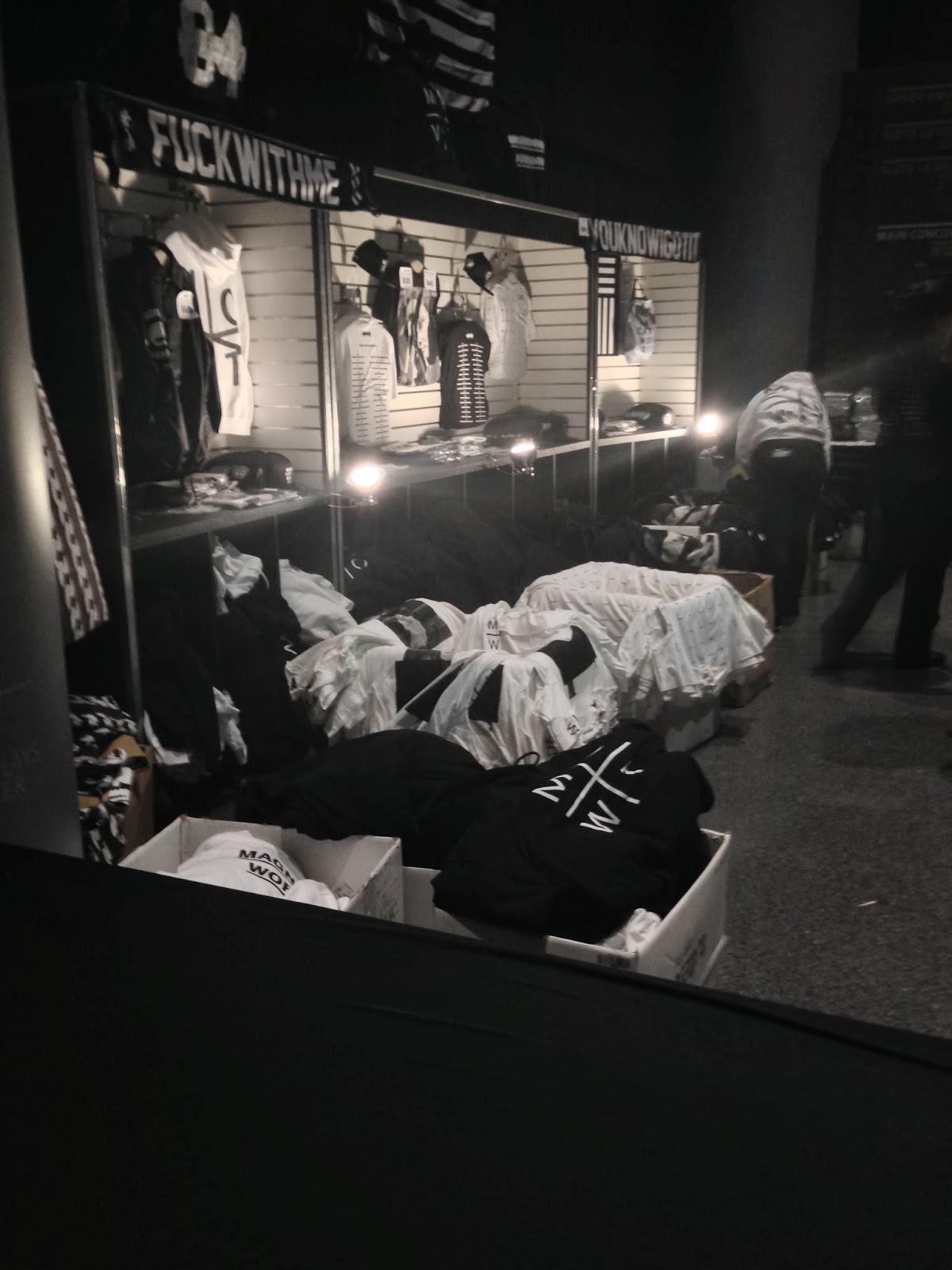 a picture taken. Now… I have expressed to people… while I am out dolo 95% of the time, the down part about going to events alone is trying to find someone to take a picture. I mean… you just can’t trust any random joe with your phone and shit. You gotta feel folk out. It takes a lot of thought and consideration lol. Needless to say, I always manage to get the job done. I wanted to get pictures of others for the post. EVERYONE was lookin fly. I didn’t see not one person with a slum outfit. Both sexes were showing TF out. I loved it. Sn: Did I mention that beer was damn near $12 -_-
I’ve never seen a DJ rock the crowd before a concert like this one did. The tight part about all of this was… it was mostly all the NY legends were being spun. Of course you know Biggie cutswas blaring numerous times through the speakers, but he threw in Big L, DMX, Nas, Mobb Deep (of course he showed his wife Bey love too)… man I didn’t know what to do with myself. Rapping every word getting more and more excited. ‘Who Shot Ya’ came on and you would’ve thought it was ’95 again. The crowd was so hype tho… far from dry. Standing up dancing… reppin they boroughs.. just straight jamming out… and the show didn’t even start yet. I’ll be the first to say…in all my experiences… Brooklyn had the best energy hands down. And man when ‘SHIT’ by Future came on…..T.U.R.N.T. 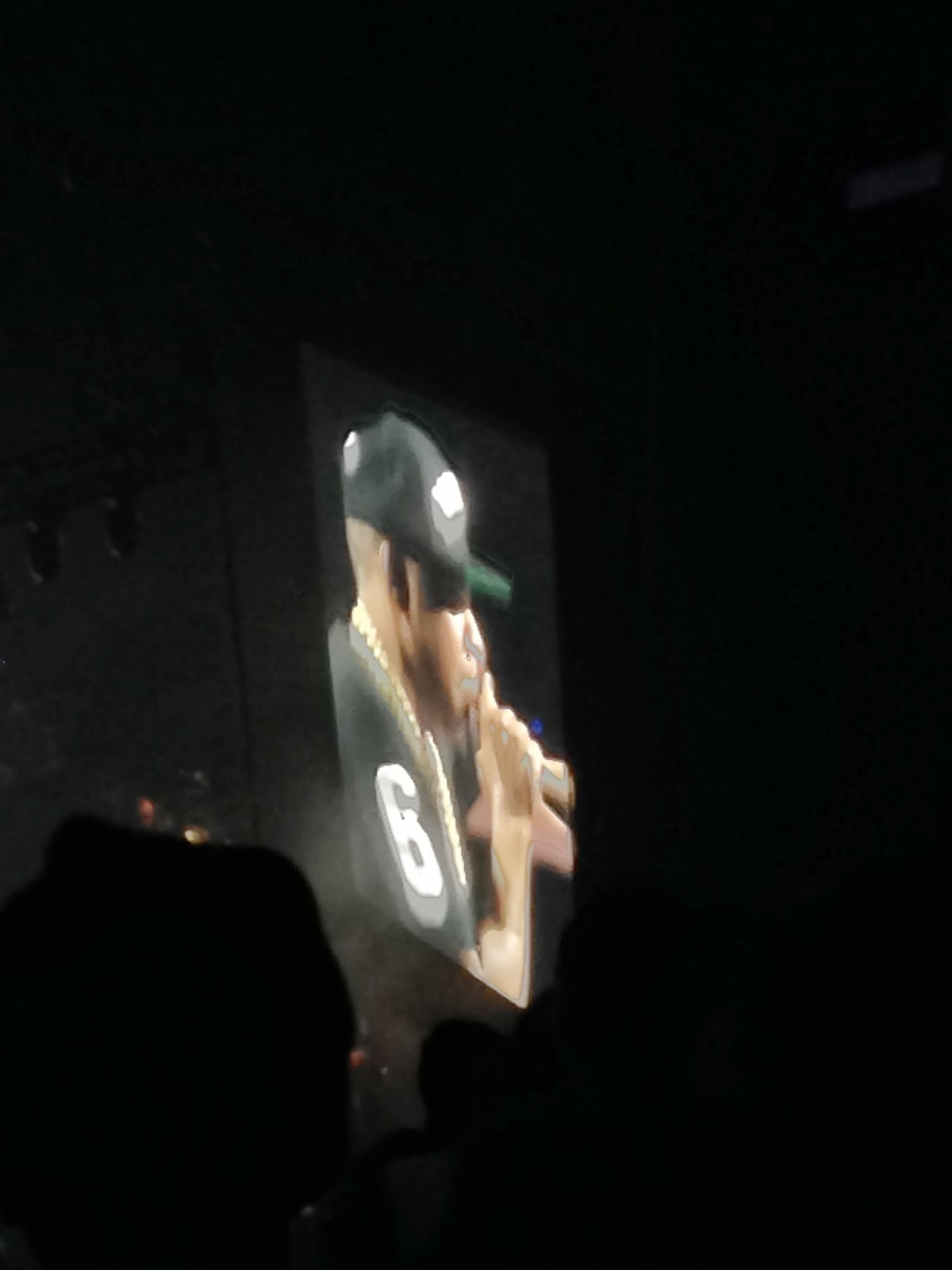 Now it’s an hour later. Lights off. Hov has hit the stage. BANANAS. It’s CLEAR Brooklyn loves Hov and he definitely loves his home back. His presence on stage in all aspects (constant smiling, dancing all around, stopping in between tracks to talk to the people etc.)… I mean the guy was having a ball. Not saying he’s a stiff performer because he’s not, but it was a noticeable completely different feel than any other time I’ve seen him. You can tell he was happy to be home (and had some Dusse). He hit a good portion of songs from MCHG along with several other hits from his previous albums. When that ‘Lucifer’ sample dropped.. you talk about going ham? Hov heads were in the building. He had a nice ass band too, in which he gave time to shine. They slayed ‘Seven Nation Army’ (I loved that video) and even hit The Verve’s Bittersweet hit from back in the 90s. Btw… Timbaland was his DJ during his entire set. Timbaland premiered this song/beat… that I have on my phone. I CAN NOT wait until the final product of that comes out. I had the ‘somebody stink face’ whole time he was playing. That shit was stupid dope. 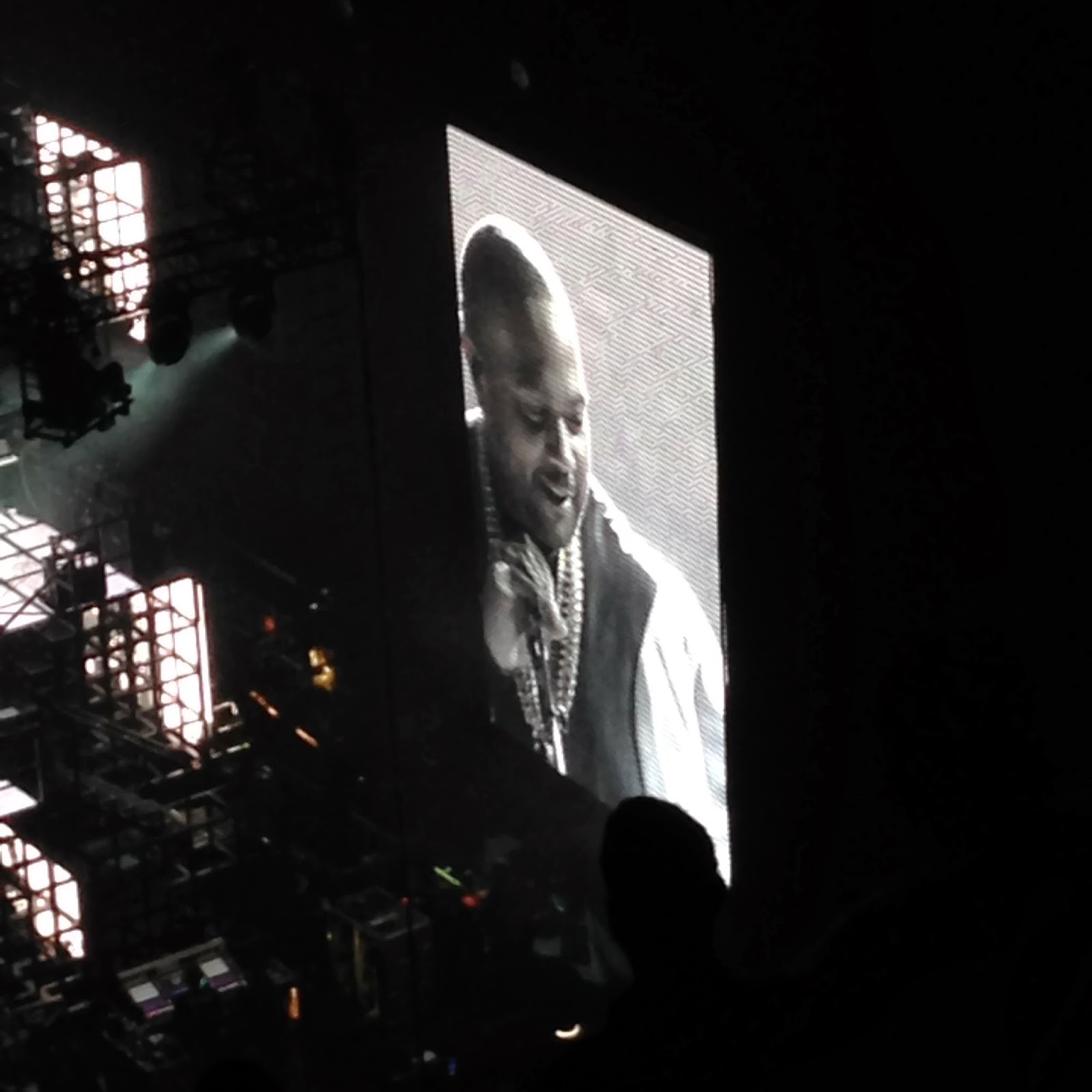 One of the stand out things about Jay’s show (besides him and the energy of the crowd) was he had a ‘rant’. Lol. I mean Hov talk shit, but I’ve never seen him do it like this in person. He said at previous concerts.. he told everyone (before performing Nxggas in Paris) to get into the aisles {especially those on the floor} and wild the fuck out, but was told after like the 3rd show… that he could not do that anymore because it was a fire hazard and if so .. he’s getting fined 50k +. Nxgga Jay says (at this show)… fxck that… security move out the way (they lookin all nervous lol) we doing this tonight. Says to the crowd you can do shit like this when you own part of the arena. He smirking whole time tho; while everyone still at the same level of turnt from 1hr and half ago lol. He said besides… what’s 50 grand to a muhfucka like me?? Smirks.. that beat dropped…. Oh em gee. It was a zoo in there lol. I only saw one dude get thrown out for fighting… (I know he was blown).. everybody else got a chance to enjoy the moment. 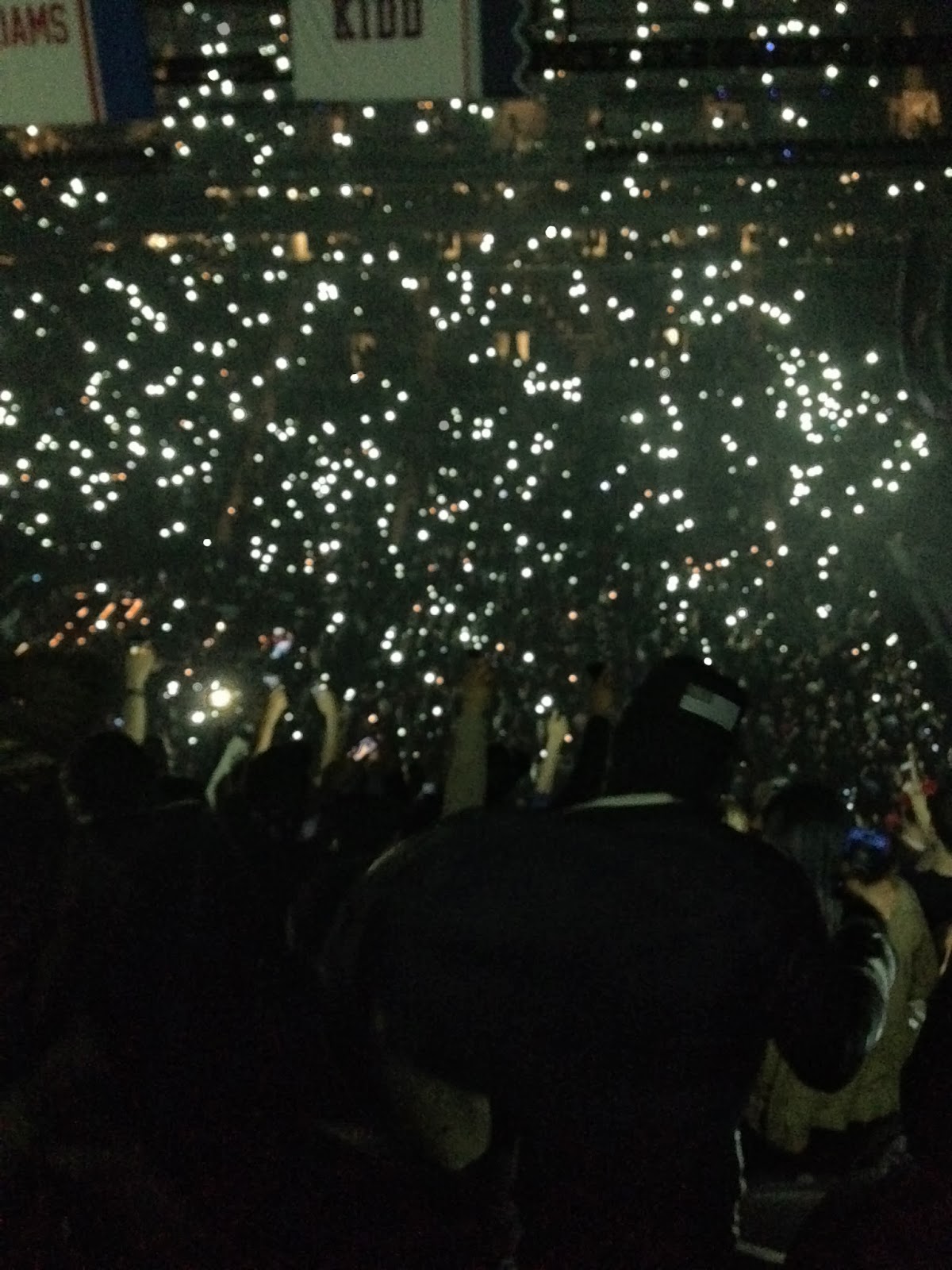 The last time I saw Jay (which was back in Aug 2013 in Baltimore for He and JT ‘Legends of the Summer tour’) he did a tribute during his ‘Forever Young’ song to Trayvon Martin. That was a sad moment. It was sad that while seeing him again.. he had yet another tribute to do.. this time around Nelson Mandela and Rapper Doe B. Before closing out the show, Hov did his usual with pointing out random fans “Hey you Ipad Man”. Lol. In particular, It was a white guy there {who Hov said was singing EVERY word} with his mother, older lady.. about 70, .. and Jay asked her if this was her first Jay-Z concert? She said this was her 3rd. G shit. In the midst of that…He, also, pointed out his own mother. Ms. Gloria Carter was there smiling away…I know she is super proud of her son. Jay talked for a while just expressing how much this moment meant to him, having his mother there, and to be home etc. etc. I can only imagine how surreal it all is. 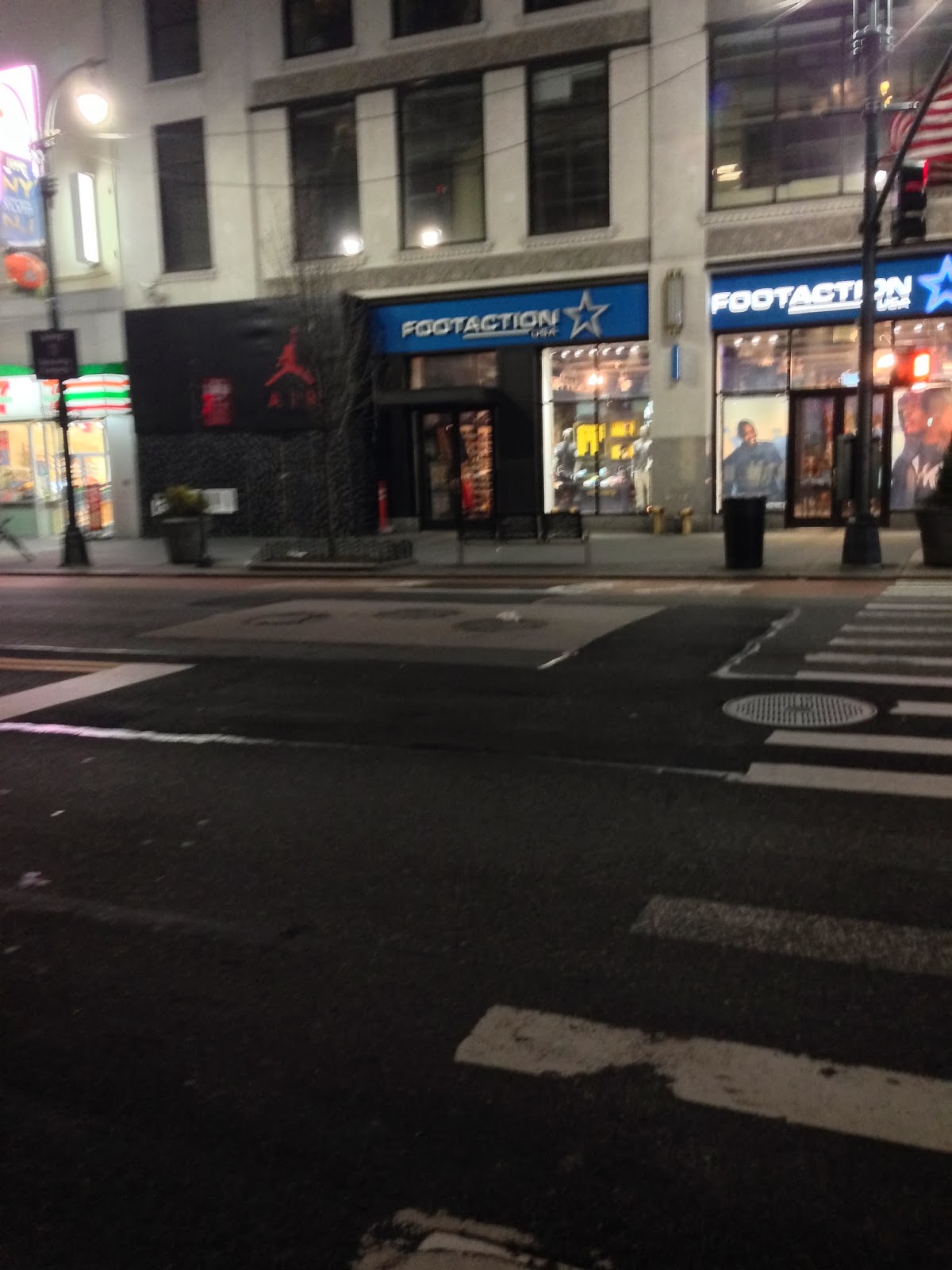 Security wasn’t playing after… You had to get THEE fxck. I bought something real quick and dipped. Went right across the street and stood in that long ass line to put money on my fare card to hop on the subway. With the way I was feeling.. that 2 train back to Manhattan was gonna be a Longggg ride. I was crazy exhausted AND buzzed. Once I got back on that side, I ate and then roamed the streets killing time AND sobering up lol which surprisingly were pretty empty at that time. Prob just where I was at tho. From there…I was going straight to work (I had my suit… toothpaste.. soap.. wash cloth..etc. all that already waiting for me in my office). During my roam.. I was going to run in 7 eleven right quick to grab a water, when I noticed what was next to it. The damn Jordan store :-). Of course it wasn’t open yet, as it just opened this weekend, but to see the ‘shoebox’ construction in person was dope. I took a picture of it instead of in front of it. 1…I didn’t even want to chance asking someone random on the street to take a picture of me in front of it. and 2. I had on boots.. I felt it would only be right to snap a shot in front if I had on Js. I finally made it to my pick up point all at the last minute around 1 something. Got back to DC like 6 something. And off to work I went. Was I tired? Hell yea. Was it worth it? FA SHO. This went down as one in the top 5 concerts I’ve been to. I know from now on.. anytime Hov got a show in Brooklyn…if I can make it… I’m goinggggggg.
Peep a few more of my random shots during my 'trip'... 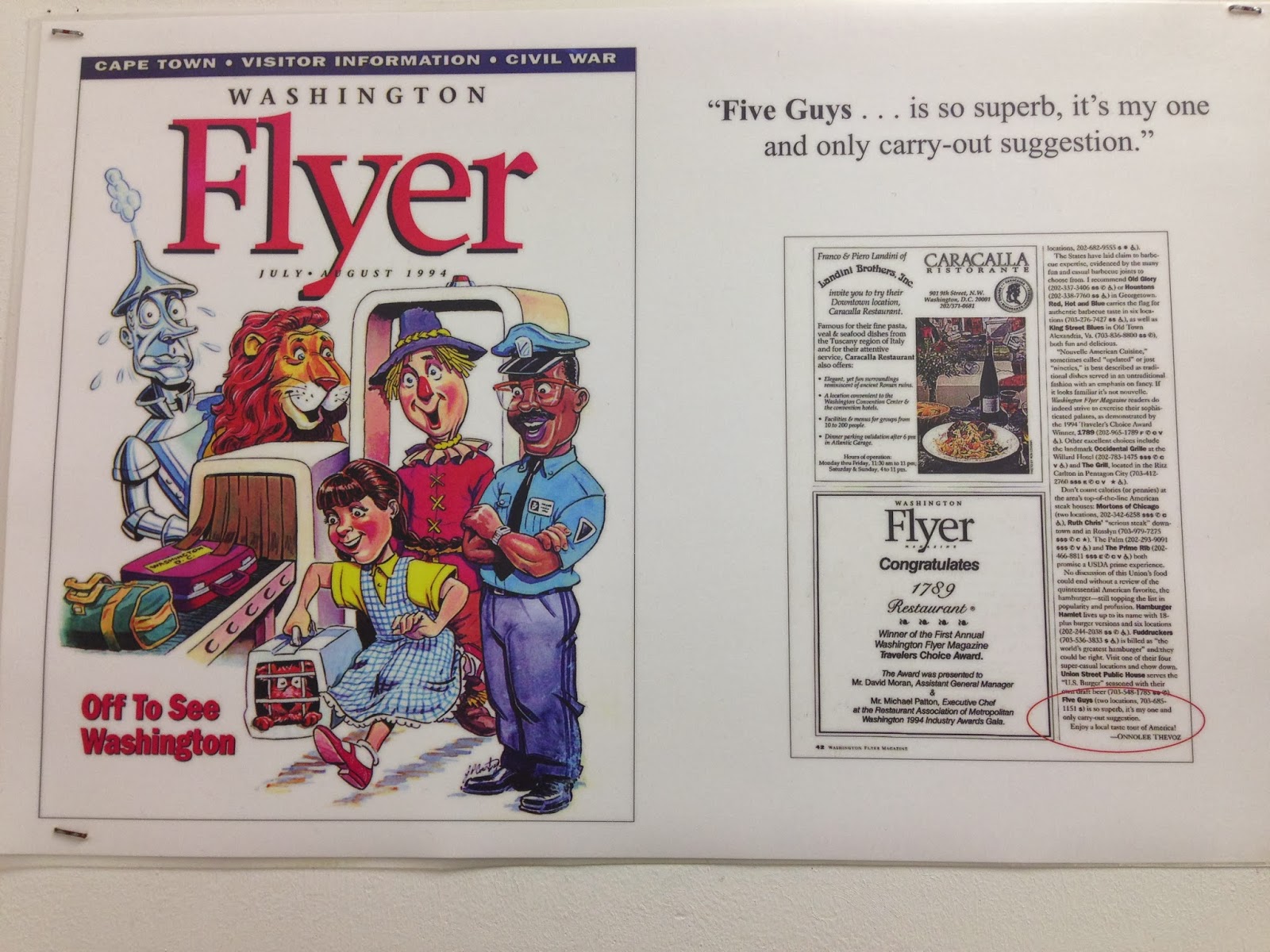 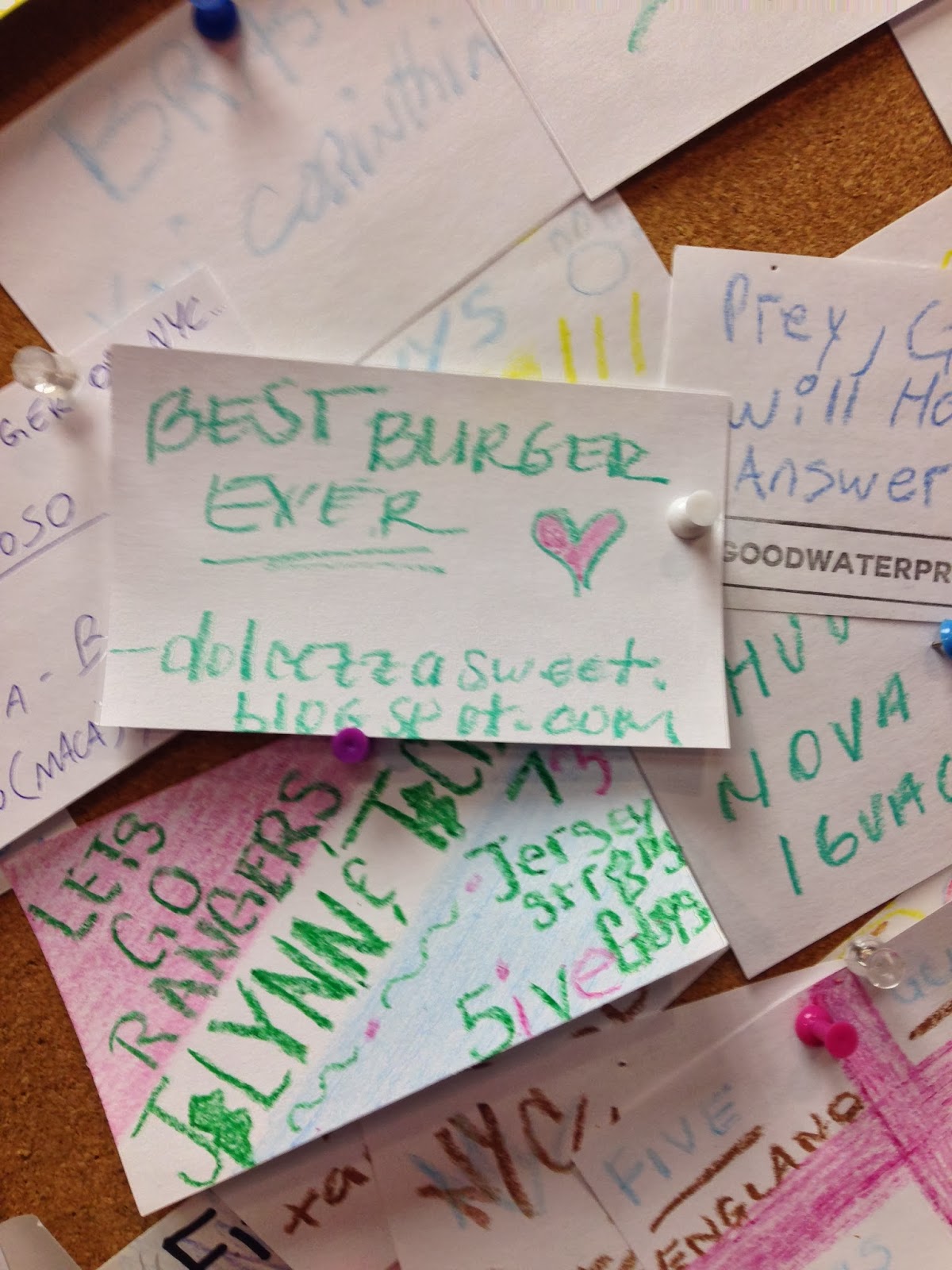 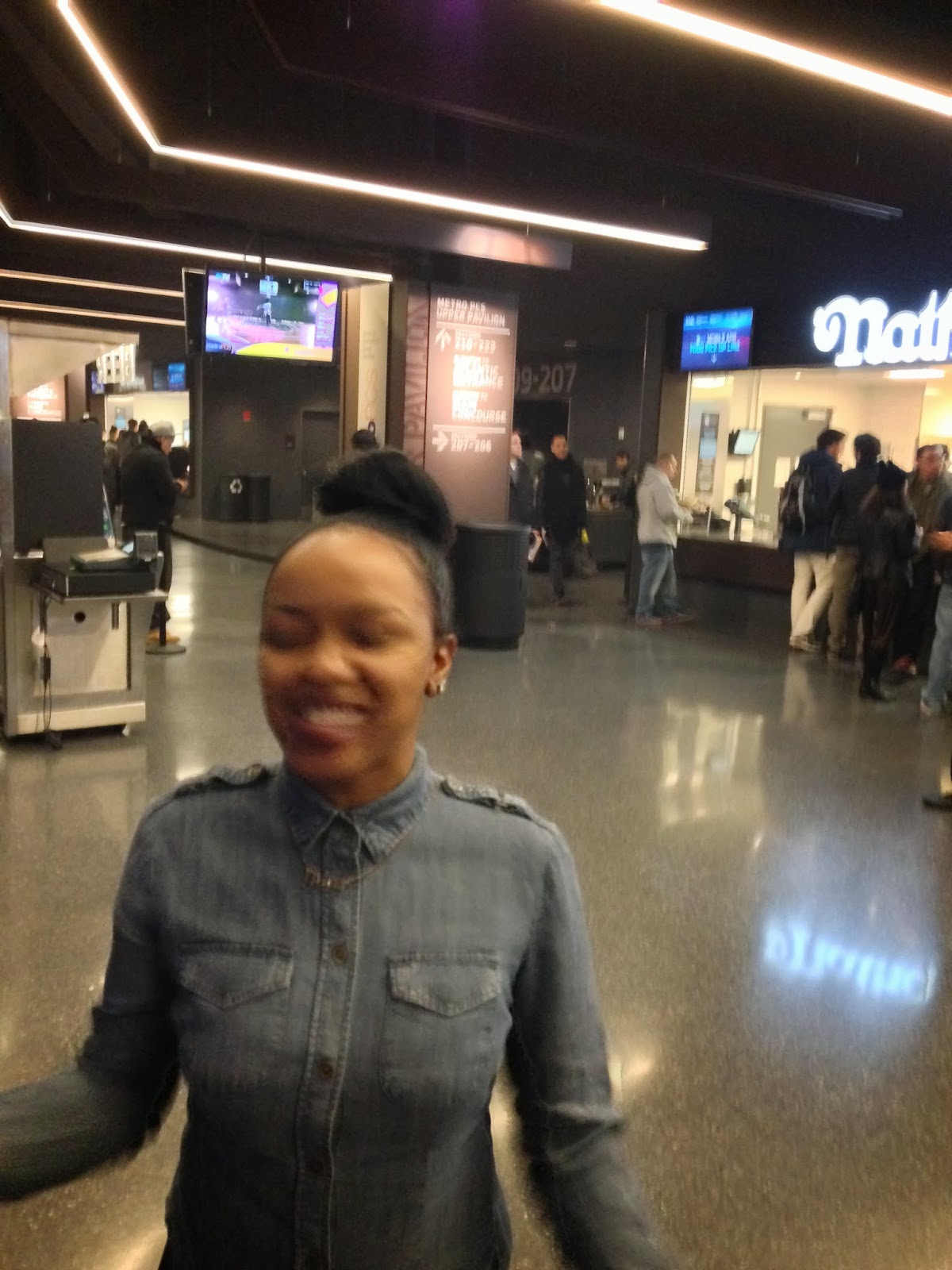 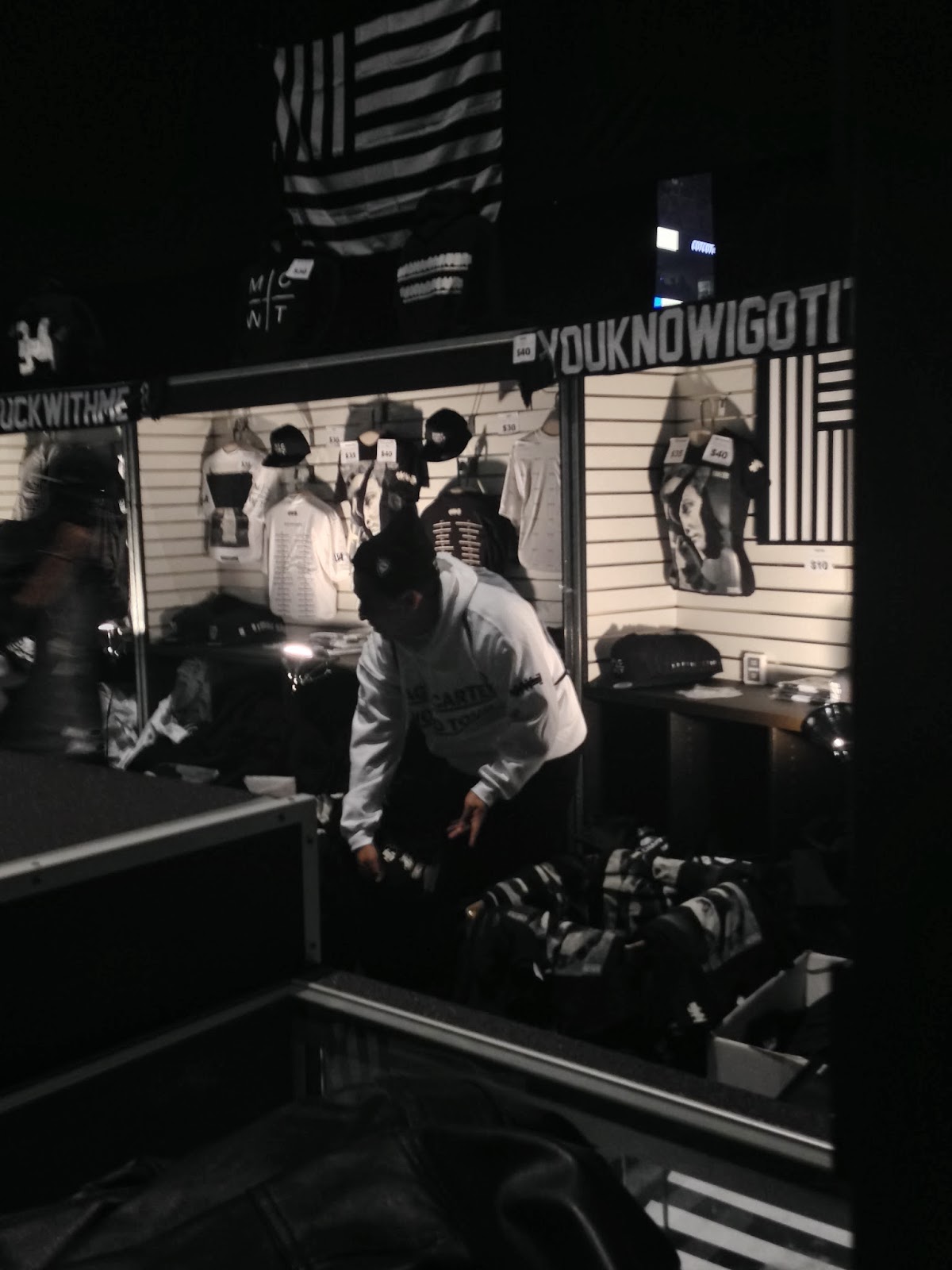 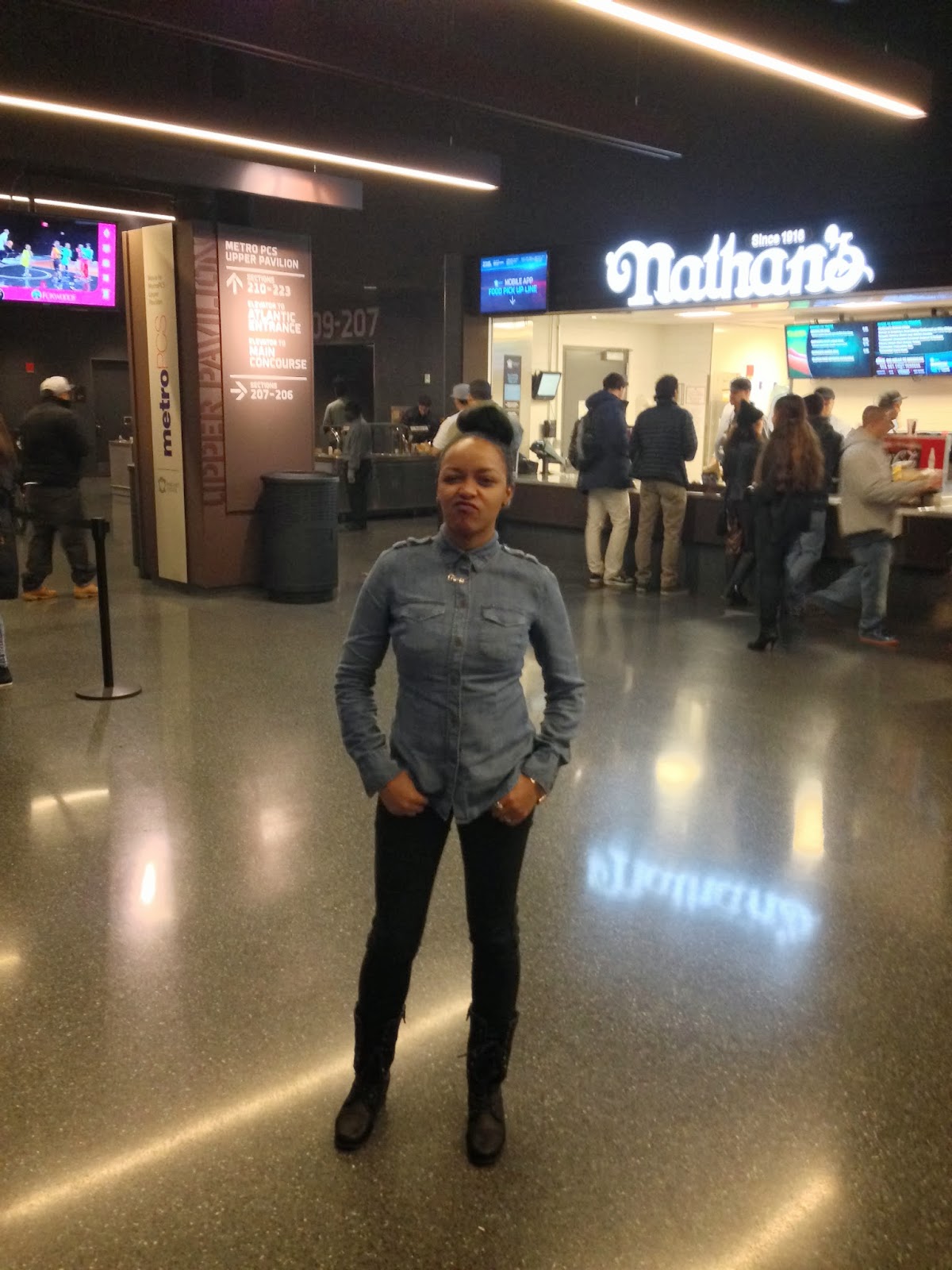 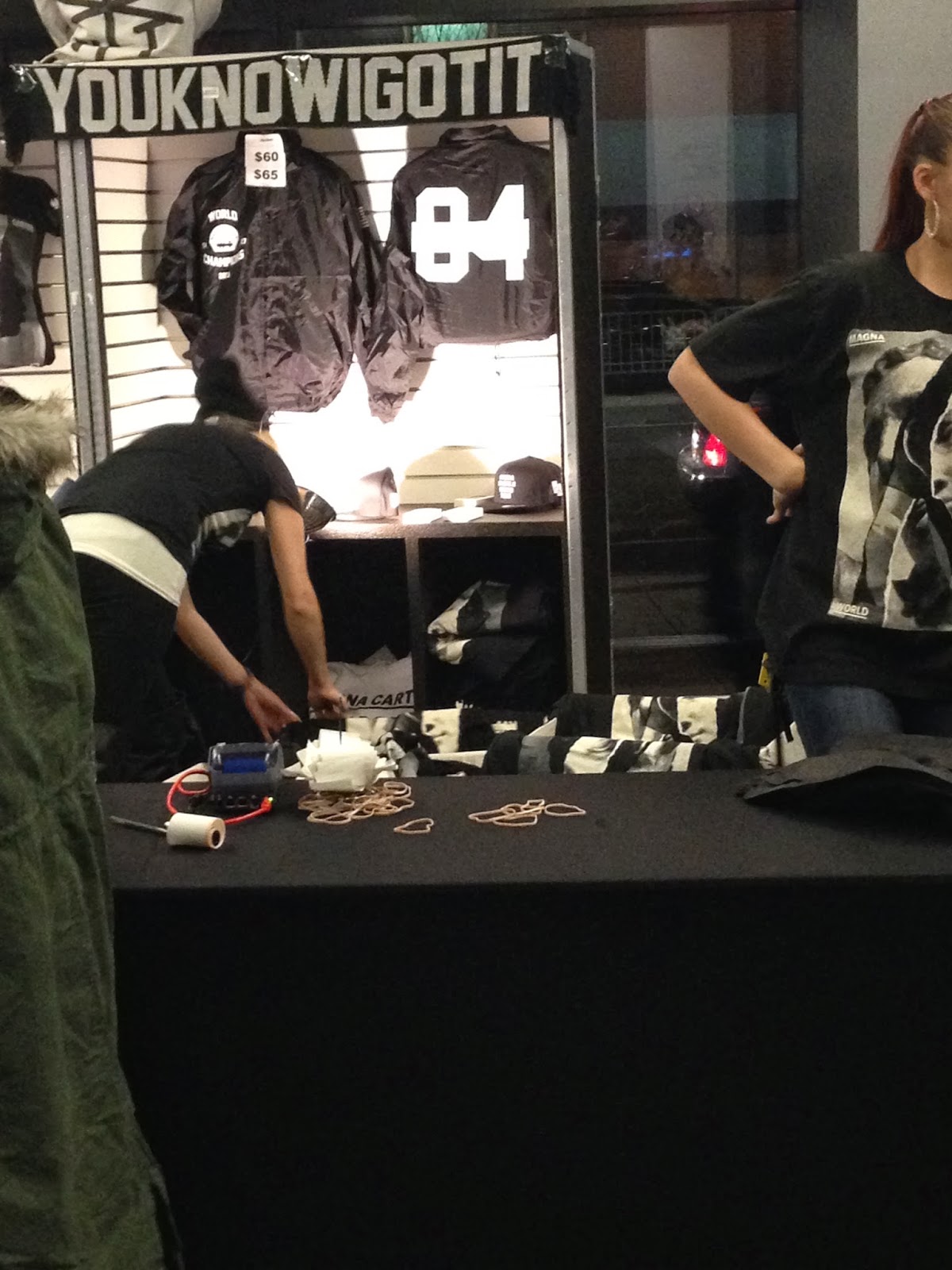 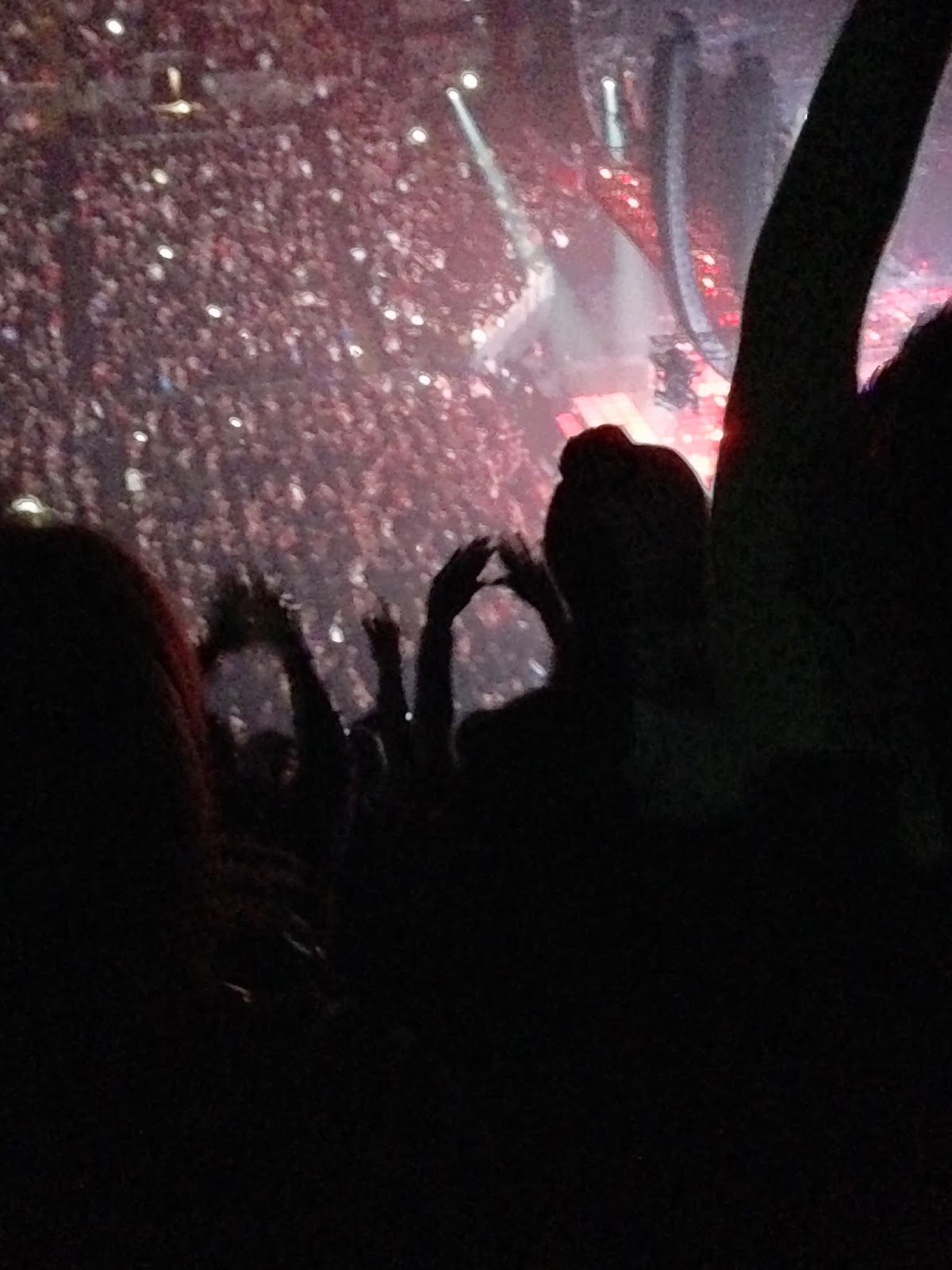 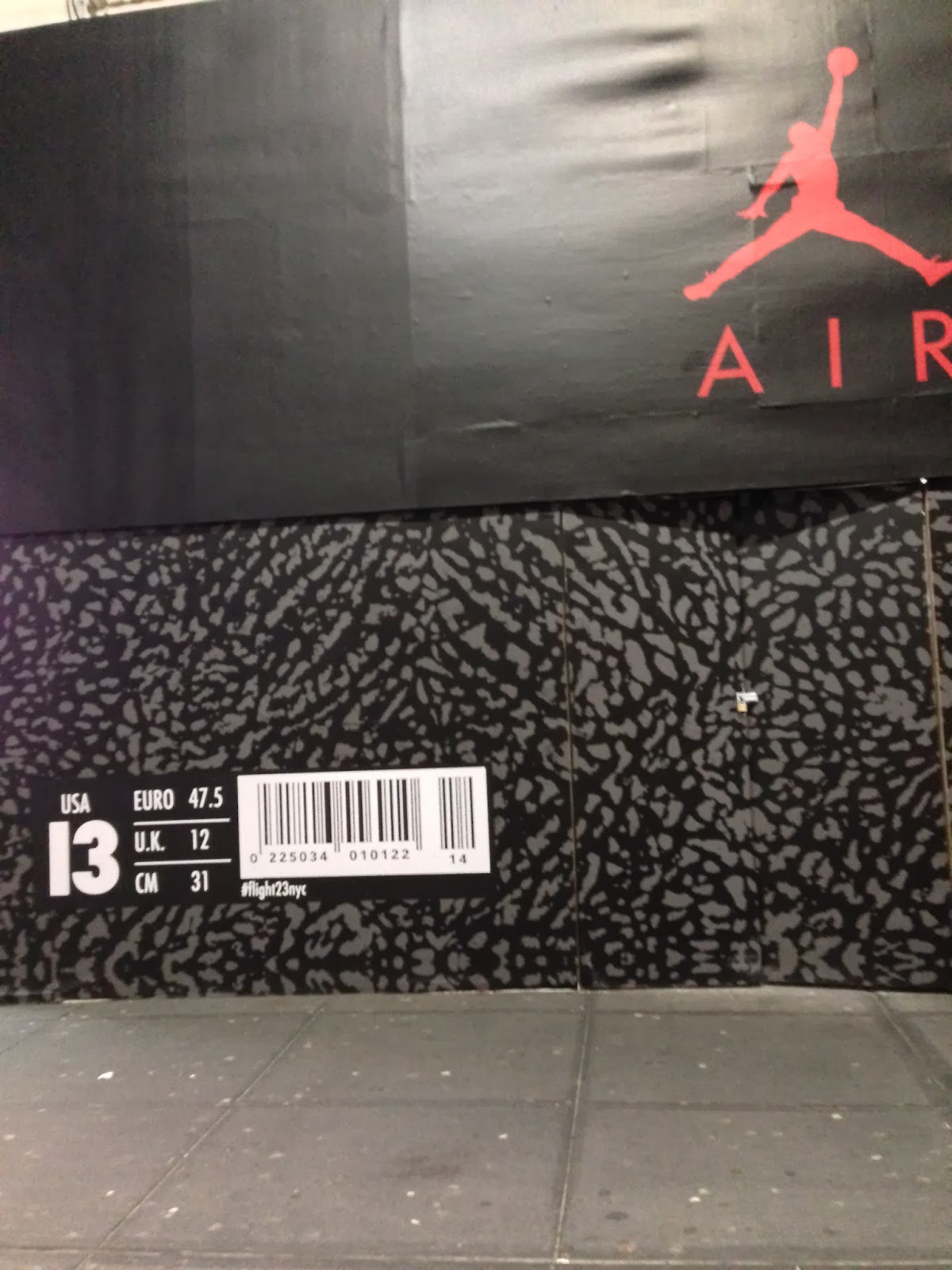 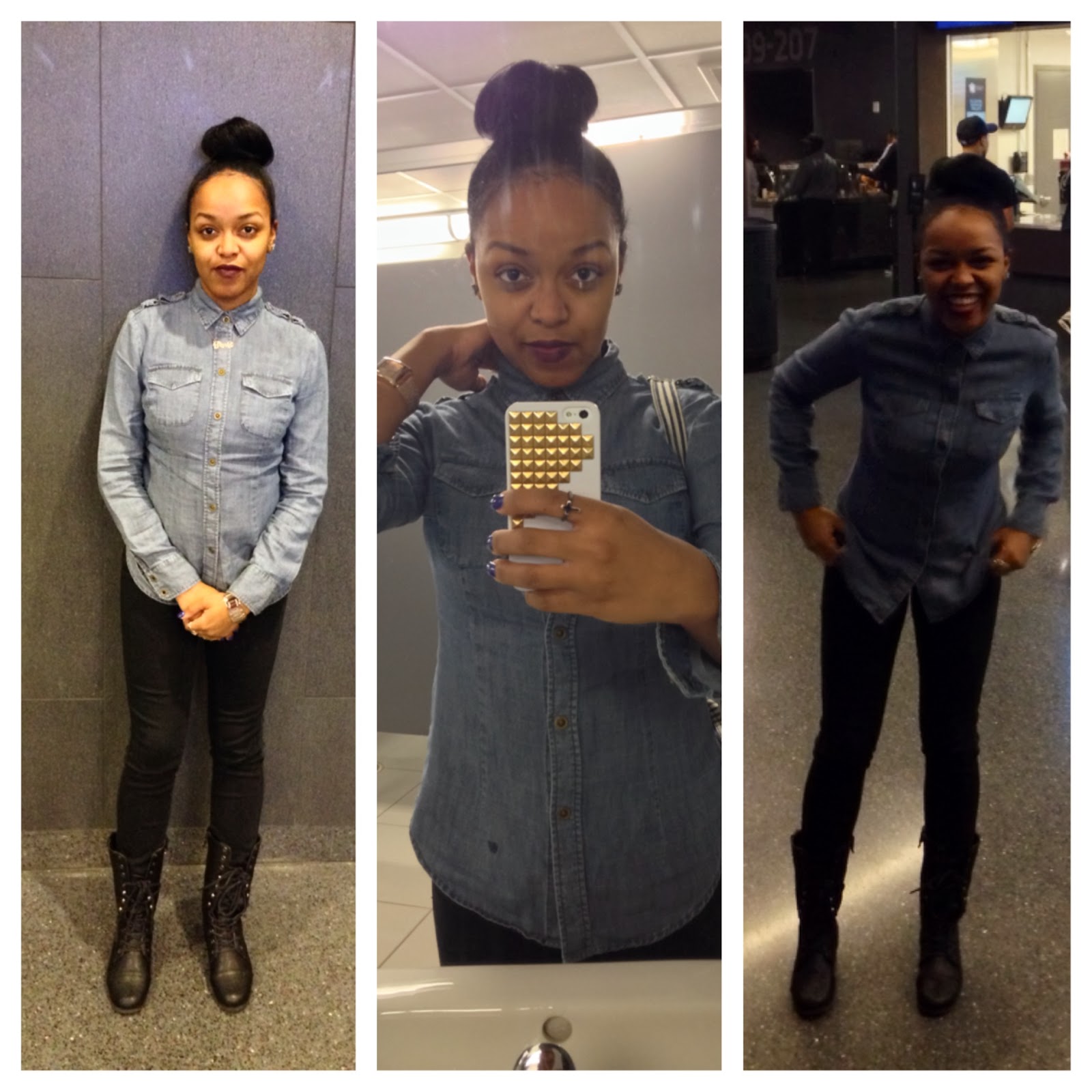