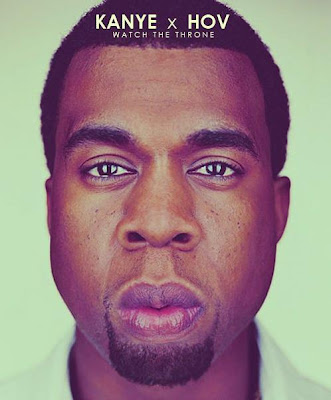 I signed onto twitter for a quick second on my break and I noticed the homie Jerm posted a link entitled “Respect the Culture: Watch the Throne”. Immediately…. My attention was caught. I wasn’t sure if I should expect a documentary clip… clothing.. or what. I had no idea what was in store. Apparently this guy named DDotOmen (twit name) decided he would go into the Watch the Throne listening party and record, from whatever device, the album and posted snippets of it on his blog last night. As you can see…. It’s quite obvious, he got caught. Smh.I was just discussing this last night… [ in regards to the itunes release first] how remarkable this was going to be and a great marketing plan this was to not have their album leaked at all. The anticipation is insane. Then, I hear foolishness like this today.

I REALLY would like to know what was going through his mind. What? Did you think you would get mad “props” for it? Worldwide recognition? What were you aiming for homie? #Seriously. Did he crave it that bad?? It’s people like him that give bloggers who DON’T hack or post bs (and preserve particular exclusives) for traffic and recognition.. but actually do it for the LOVE of it.. a BAD name. People like him. I took even MORE offense to this… considerably.. because I’m a Passionate Hov fan. Things like this make me feel some type of way... ESPECIALLY considering the circumstances. I didn’t want to believe it at first… but the more Jerm’ explained.. I looked it up and saw it for myself. SMH
“Blogging is therapeutic and I do it for the culture"- @acedizzyflow ~~~~~~~ I could NOT agree with that statement more.


Unfortunately… no matter how many of the QUALITY bloggers stand up… it’s incidents like this that will continue to give ALL bloggers (in general) a bad name.

You ended your “career” before it started. BAD move. It makes it soooo much worse that you got caught. Credibility SHOT. That was an ABSOLUTE FAIL. 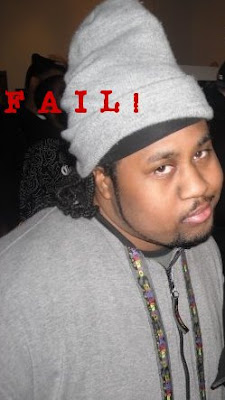 Here’s what a few others had to say about the incident:

"This is DDotOmen. Days ago, he snuck into The Throne's listening session, recorded music, and posted it on his blog. Tsk, tsk. Yep, ya done, son.—B.Dot"
– Rap Radar

2whitegirls
-
On the contrary... here is someone who seems to feel a little different than the others. This was an interesting read. I respect them for that. Check it out :PleaseDontStare
Posted by Dolcezza**Sw33t at 1:20 PM