Wake Me When It's Over... the DREAM 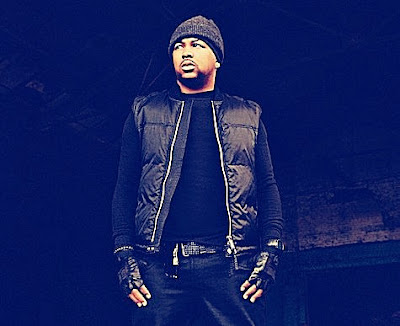 As much as I dislike dude for doing any and everything in the public eye moments after his divorce with Christina Milian was announced and baby was born (might i add that wasn't too long ago prior to that)..displaying complete and UTTER disrespect smh.. I read his interview in the current issue of VIBE magazine and kind of backed down some (with being harsh that is on him).

"...But what's wrong with a public break up is that they never really know the truth.  And I won't be the person who says it.  I'm not going to be that type..."

I respect him for that.  I could relate ridiculously.
Side-Commentary:  It made me think of myself with a few things in particular.  So many ppl THINK they know the deal and you have said what you said to people.. but..  I haven't spoke on anything.  I could be the one to not front and say the REAL reason things turned out the way they did.. but as he says.. "I'm not that type".  I'm just not.  That could go from a relationship... or friendships that turned sour in my life.  It's not directed to anything in particular..... *side eye to myself.

The DREAM, also, spoke on contemplating suicide, which I found to be a great read as well as points for him.  It's good to have people in the public eye admit they are STILL human at the end of the day and go through mental breakdowns sometimes just like us "non public eye" ppl.

"You have so many things rushing through your mind and I was trying to figure out how to make it stop...."

It takes much courage to openly admit something like that.  Truth.


Stop with the excuses
I hate procrastination
You never had no one like me
Well why you so complacent??

I rock with this song... HARD.  #Therapy
To read more of the VIBE interview... visit theJasmineBrand

I love the way you smell.. but you always on some bullshit..
Posted by Dolcezza**Sw33t at 2:58 PM

Email ThisBlogThis!Share to TwitterShare to FacebookShare to Pinterest
Labels: The Dream, Wake me when it's over